While the release date of Halo Infinite remains a mystery, since we still know nothing beyond that it will be published in 2021, speculation continues. There was a recent leak in which it appeared that Xbox Mexico had published a possible release date for the game for this November. This time we are faced with a different leak with a different date that for now sounds very unlikely.

And it is possible that Xbox and one of its partners have accidentally leaked the release date of Halo Infinite. A new image has revealed that Pringles and Xbox have teamed up to offer Halo Infinite players double XP codes. According to the Pringles can, the promotion begins on September 15, the date the game would launch. With less than a month to go, this is unlikely to be the game’s release date. It is possible, but unlikely.

The fall season is approaching, but Halo fans still don’t know when Halo Infinite will launch on Xbox One, Xbox Series X | S, and PC. Amid this silence from Xbox and 343 Industries regarding the Halo Infinite release date, there have been rumors and gossip suggesting that a delay could be in the plans. However, it could be the other way around, with the game launching earlier than everyone expects.

If this is not a leak of the Halo Infinite release date, this promotion is most likely for some kind of beta, presumably an open beta. In other words, the beta may start on September 15. If this happens, it may mean that Halo Infinite is destined for October, depending on the duration of said beta. 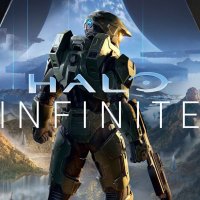