A report by Altran consultancy signals that Apple as the most powerfull manufacturer within three years, Android operating system as the most  widespread and Orange mobile operators in most demand. 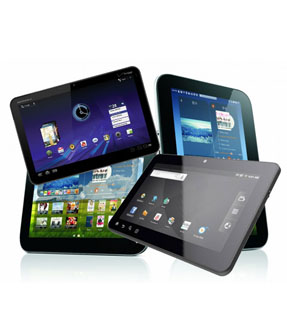 In little time, tablets have become one of the most demanded products of hardware globally and almost all manufacturers have launched their own proposals on the market that has become quite competitive but Apple still rules the day.

And it has only just begun and that, according to a report by Altran consultancy, sales of these devices will overtake laptops in just three years.

The study also notes that, in 2015, Apple will continue to dominate the sector with dominance. Although they will not be alone. Its former partner and current enemy Samsung will increase its market share both in tablet PCs and in the business of smartphones, to position itself as a major rival.

Meanwhile, the latest breakthrough contenders like Microsoft and Google “doe not seem strong enough to revolutionize the current scenario, although the two actors play a destabilizing duopoly role” explains the report, just as it was confirmed by Europe Press.

If you divide the market in terms of operating systems, Android continue to do well. Followed by iOS and Windows 8, the latter far behind due to its late release. While the service will be the most relevant set of ultra wide bandwidth above 20 Mbps, in the most successful mobile operators, Orange.

Let’s wait to see if they meet their expectations.