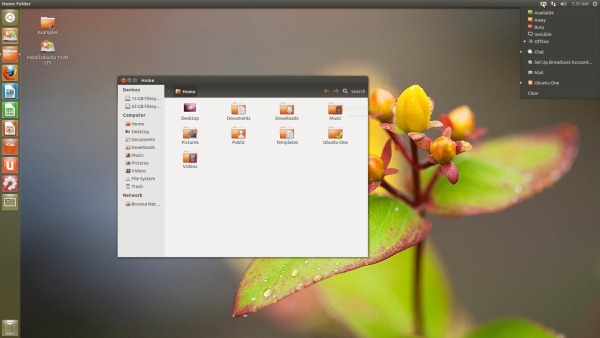 For all the Ubuntu users, this popular Linux distribution from Canonical, we inform you that it is available the final and official Ubuntu 12.04 LTS (Long Term Support) codenamed “ Precise Pangolin “, which makes the respective bi-annual update of the distributions that attracted more attention to Linux users and those who want move to this operating system.

Ubuntu 4.12 LTS “Precise Pangolin” is the sixteenth edition of the Ubuntu operating system with official support for 5 years, so the Long Term Support, both in versions for desktop and server. Previously they were 3 years to 5 years for Desktop and server editions.

This new version is enhanced by the Linux Kernel 3.2, GNOME desktop environment 3.4, with the powerful Unity interface, providing also the respective updates, enhancements and new features like the introduction of HUB, a shortcut menu that we access to the options for each application by pressing the Alt key and typing the search term on which we want to find options.

You can download any of these issues from Softpedia or from the following links: Lubuntu, Kubuntu, Edubuntu, Mythbuntu. If you want to download only Ubuntu 12.04 you can do it from the official website.