The Witcher 3 has announced the details of its next-gen version coming next month to PS5, Xbox Series X|S, and PC. A few hours ago, CD Projekt Red revealed a lot of information about what to expect in the game in a few days with this interesting release.

The adventures of Geralt de Rivia and Ciri took place a few years ago and there have been a lot of mixed feelings, since 2015 it has rained a bit. Although The Witcher 3 continues to feel great, there have always been aspects, especially technical ones, that have turned people off a bit.

For this reason, many fans of the acclaimed game have taken out the magnifying glass to analyze in depth the The Witcher 3 Next-Gen trailer seen yesterday  and thanks to this we have been able to verify that CD Projekt Red remedies one of the technical aspects that caused the most complaints.

If you played The Witcher 3 a long time ago, you may remember that the game had few NPC models. This meant that in many scenes, the non-playable characters were duplicated or showed the same face. It was not uncommon to come across ‘copies’ walking the streets of Novigrad.

Well, as shown by an image that compares the next-gen trailer with the last-generation game, it seems that one of the improvements coming to PS5, Xbox Series X|S and PC focuses on this, on adding more variety of NPCs. to make everything much more immersive.

The facial animations also appear to have been airbrushed in the cut scenes. What do you think? Undoubtedly a change that greatly rejuvenates the game and gives it a much more realistic touch. Although that’s not the only thing that has been improved.

We remind you that The Witcher 3 next gen will be released on December 14 on PS5, Xbox Series X | S and PC. If you had the PS4 or Xbox One edition, the update will be completely free and you will also have to add content from the Netflix series. 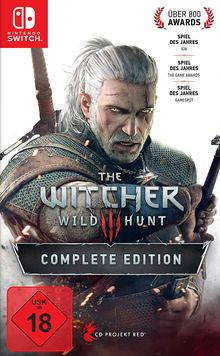