For a few hours, a good part of the Galaxy S III users in European countries such as Poland and Croatia can now update their phones to Android 4.1 Jelly Bean, the latest version of the most widely used mobile operating system in the world and was presented by Google in the past Google I/O back in June. 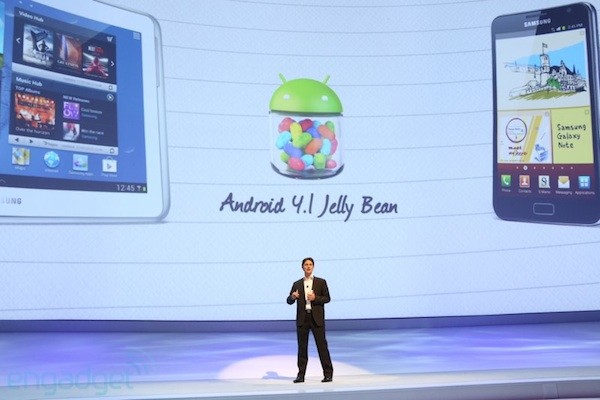 Some users report that they are not able to receive it via OTA so to make sure everything’s working ok its probably best to connect the phone to the Samsung desktop software, Samsung Kies, so we can update the device.

It is anticipated that in the coming hours it will available also for other countries, if it is not here already. Jelly Bean brings several new features like a new notifications center that has new functionality s but remember that a major goal of Google was substantially to improve performance, stability and fluidity of the whole system. I’ve been testing a Galaxy Nexus with Jelly Bean for a while and I can say that they have succeeded in many levels.

Hopefully the Samsung integration with Jelly Bean has also been improved, the interface changes are not expected on this occasion and falls towards TouchWhiz by Samsung, with a menu of options and functions reorganized such as the interesting Google Now, the old S Memo is now renamed S Note.