Microsoft has released the new version of Windows 10 this week. Among the new features of the October 2018 Update is a new screen capture tool called “Cut and sketch”. This is a mixture of the option to capture the screen and the program “Clipping”, which was already preinstalled in Windows 10. This new tool can be invoked either by looking for its name in the Cortana menu or by using the shortcut of Windows keyboard + Shift + S.

At the moment it coexists with “Cuts”, although Microsoft has inserted a notice inside the application that says that “Clipping is going to move to a new location”, at the same time it invites to try “the improved features of Clipping and annotation”. Let’s get to know this new function thoroughly.

A vitaminized version of Snippets to make screenshots.

When you invoke “Crop and sketch”, the first thing that appears is four buttons at the top. The first serves to capture a box on the screen, the second to make a free form and the third to capture the entire screen. The one with the “x” symbol serves to close the application (although you can also use the “esc” key). To capture the screen, left click and hold while sliding. 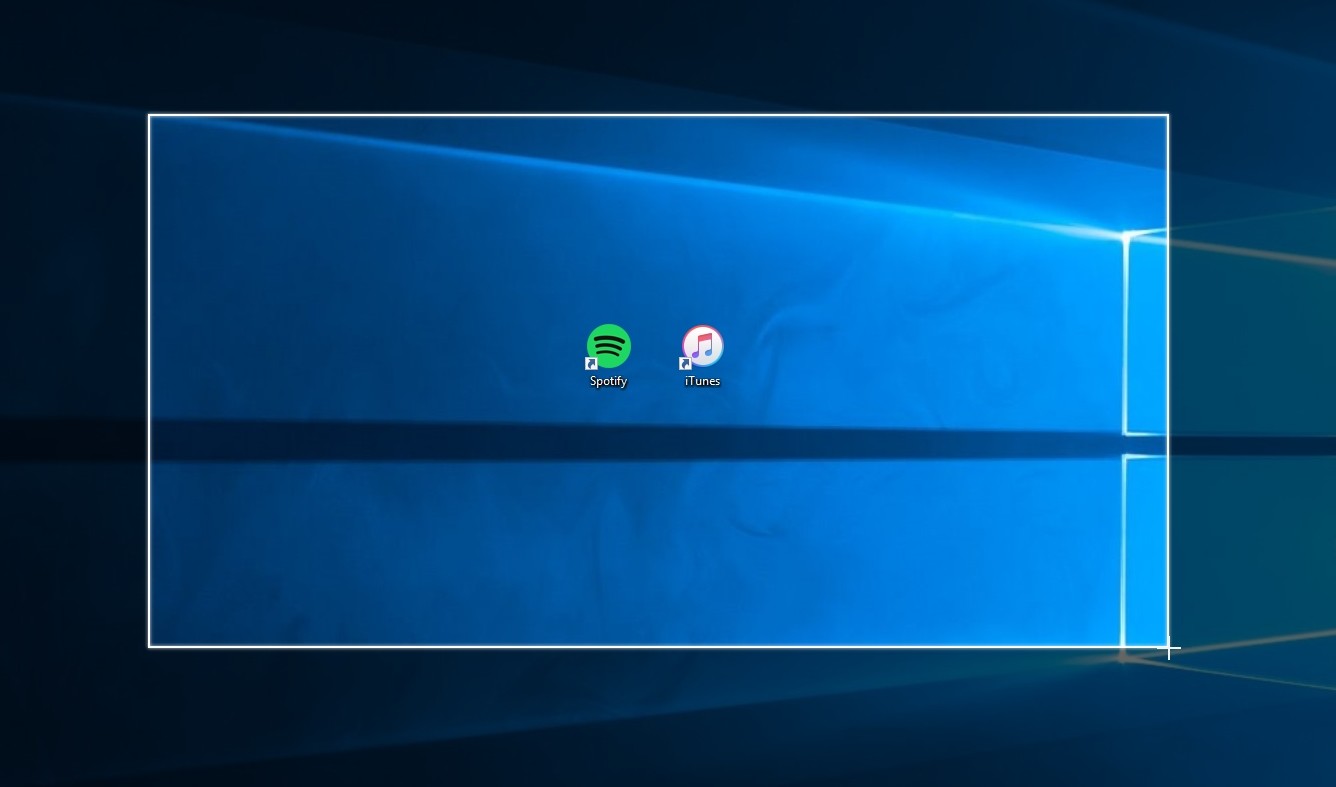 Once you have finished, lift your finger. The screenshot will be saved in the clipboard and a notification will appear that, if you press it, will take you to “Cut and sketch”. This consists of a series of very simple functions that serve to make annotations in the capture that you have just taken. Starting from the left, the first one is used to make notes by means of tactile writing, in case you use a graphic tablet or a Surface. The second is the classic marker, which serves to paint on the image. Just to your right is the pencil, which serves the same thing only that has a different texture. The following is the highlighter. From these three tools you can change both the color and the thickness of the stroke. To do this, right click or double left click on the icon and select the one you want.

The fifth option, of course, is the eraser. You can use it by sliding over the image, clicking on the line you want to delete or you can right click on the icon and select “Delete all the pencil entries” to eliminate everything you have drawn. Although this tool is focused on the screenshots, you can also open any image on the hard disk to edit it by pressing the icon of the folder The penultimate is used to add a ruler millimeter or a protractor, in case you want to make sketches with Higher level of accuracy or want to measure some element of the image. In the case of the rule, if you scroll with the mouse wheel you will tilt it to the right or to the left, according to the direction in which you move the wheel. In the case of the transporter, this same gesture will serve to make it larger or smaller.

The last one, which can be found to the right serves to cut the image. You will simply have to drag from one of the corners until you get the right position. Unfortunately, there is no command to trim while maintaining proportions, as can be done in Photoshop by holding the Shift key

Once you have finished editing the image, you can do several things. In the upper left area you have the option to save image as PNG, copy (to paste directly into another program or web page) and share, which by default includes OneNote and the mail app, although it is compatible with some apps from the Microsoft Store.