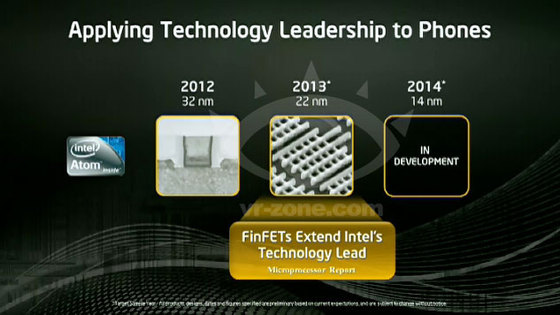 We know that smartphones are one particular market Intel is throwing billions into. Yet at IDF 2012 they’ve chosen not to mention anything about their plans for Intel smartphones and smartphone SoCs.

The general feeling is that Intel won’t talk about phones at all and that this part of business will probably align with big phone oriented trade shows like CES in the US or Mobile World congress in Barcelona.

Today’s keynote from Renée James, Senior Vice President General Manager, Software and Services Group is titled ”Security and Services in an Age of Transparent Computing” and we are almost certain that won’t feature anything related to smartphone plans.

Intel’s plan for smartphones looks promising thanks to Intel’s ever growing ability to eek out more and more performance per watt from their Atom processor architecture. Currently we have the Intel Atom Medfield SoCs whilst the next generation of mobile SoCs is called Merrifield and the 22nm mobile SoC will come after Merrifield under the codename of Silvermont.

Do not expect to hear anything from Intel at IDF about smartphones, but that certainly doesn’t mean Intel has abandoned this market – in fact that would be far from the truth. 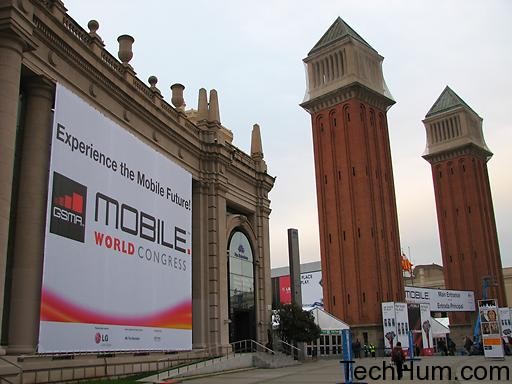 Expected under the Mobile World Congress, which will take place in the Spanish city of Barcelona and will be what analysts suspect, a great impact on the year, in addition to the Consumer Electronics Show 2012, that everything will come out of that presentation is what we’ll see this year and part of 2013.

During the Mobile World Congress, The company Nokia, charged to their credit to have the most devices on the market since the beginning of mobile telephony, the Finnish firm will show six new phone models to satisfy all tastes.

As reported by the company, two of the devices will ship with Windows Phone operating system, one will be a phone with Symbian OS and the remaining three will be in the Asha range and include the S60 platform. As the war to maintain the power in the market, Nokia entering the Congress would be charged and ready to do battle with its 6 different models for different audiences, meeting the needs of all.

The first cell will present the long awaited Lumia 900, a device that was shown during the past at CES and Nokia will release a basic smartphone called Lumia 610, opposite of the Lumia 601, as had been rumored. In addition Nokia will be announce the 808 PureView, which would be the successor to the N8 and shift its focus on the Symbian operating system. 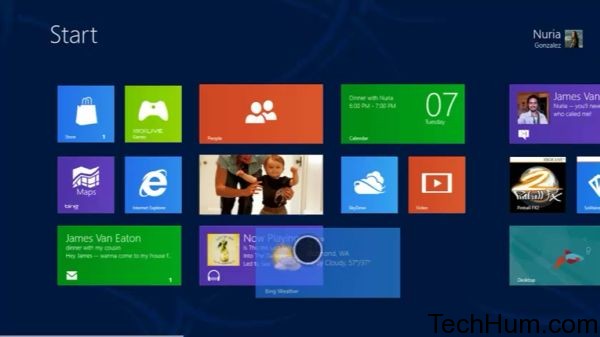 The Consumer Preview version of Windows 8 is available to all users via the internet, the next Microsoft operating system. It is intended for computers but also other mobile devices such as tablets. On Wednesday, the Redmond went to the Mobile World Congress (MWC 2012) in Barcelona to show its latest creation to everyone. In one day, it managed over a million downloads, according to the company. And this trial is not suitable for all audiences.

Being a pre-release software, Windows 8 Consumer Preview is only recommended for advanced PC users who like to experiment with new products. Some experience is required in solving computer problems and knowledge sufficient to restore the previous operating system after trying the previous version. To enable users to explore all possibilities, Microsoft has opened the beta via its app store, the Windows Store for Windows 8.

The access to the store it is necessary to have a previously installed copy Windows 8 Consumer Preview. For now, their catalog of the Windows Store for Windows 8 is composed of a Metro-style free applications. Much anticipation awakens, it is the only place where Metro style applications is being tested, ie those programmed using the Metro design language that debuted with the operating system Windows Phone 7.

The catalog of applications is not too large (does not reach the hundred titles). The interface of the shop is very clear, with many white backgrounds. Can be easily operated via a touchscreen, like the operating system W8. You navigate from left to right, either with a sweeping gesture with the mouse scroll button or using the slider. To find applications you can click on the tile (tile) of the store (store) contained in the home screen and then pressing the Windows logo or use the search tool to locate applications.

Currently, the store Windows Store for Windows 8 is divided into several thematic sections such games, social, entertainment, photos, music / videos, books, news, food, shopping, travel, finance, productivity, and security tools. This section should be added focus (spotlight), which contains a selection made by the company. Within the catalog there are applications designed for Microsoft, but also other external developers, such as WordPress, Kindle, play Cut the Rope or travel search engine Kayak.

The Microsoft development team still needs to further refine the operating system until you have the Release Candidate list, which is the last before the commercial release. For the more adventurous, this is the link to download Windows 8 Consumer Preview.

A successor to the Galaxy S is rumoured, and when Korean newspaper leaked a photo of the Galaxy S2 along with some of the specifications, we feel that it is more than probable that the announcement of this phone will be made at the World Congress in Barcelona.

It was only a couple of months ago that another rumour had been circulated concerning the Galaxy S2, complete with photos, but the credibility could not be confirmed so really your guess is as good as ours, time will tell.

The current leak states that the Galaxy S2 will run on the Android 2.3 Gingerbread and will be a dual processor with an unknown clock speed. It will also have an NFC chip and a 4.3 inch sAMOLED screen.

This is all the information that we have at the moment on the new Galaxy S2, though rest assured as new information comes through, you will be the first to know.