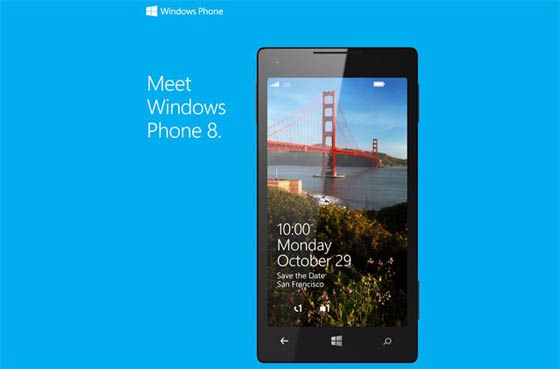 Microsoft has sent out invitations for an October 29 Windows Phone 8 launch event. This will come a mere four days after the official Windows 8 OS launch.

The invitations themselves show a Windows Phone 8 device and the now-familiar Windows Phone lock screen. On it is a calendar reminder to “Save the Date” of Monday October 29 at 10am for an event in San Francisco. Sure enough, the high definition picture in the background is of the sunny west coast city.

This event will be chiefly aimed at showing off the full range of the Windows Phone 8 software, which is built on the same foundations as the Windows 8 OS. Still, we’d hazard a guess that Nokia’s new Lumia handsets will be on display as the host for this new software.

October 29 puts the Windows Phone 8 release date just four days after the recently announced Windows 8 launch event. This will be held on the other side of the US, in New York, and will show off the new mobile and tablet OS as well as Microsoft’s new Surfacetablet. 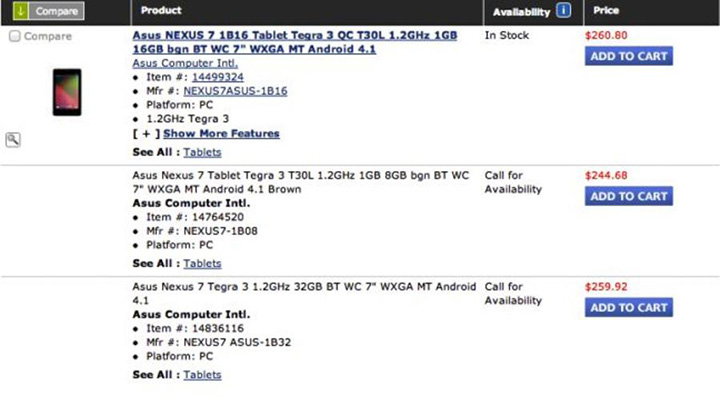 Google’s flagship Nexus 7 tablet has so far only been released in 8GB and 16GB versions, but that could soon change.

A series of recent leaks all point to the same thing: a 32GB Nexus 7.

First, a snapshot on Thursday of an inventory screen from U.K.-based Carphone Warehouse listed the Asus-made Nexus 7 tablet in a 32GB flavor, alongside a Samsung Galaxy 2, though it provided no hint at a possible release date for either device.

Then, on Friday, the 32GB Nexus 7 began to pop up in all kinds of places, and one retailer even provided a tentative ship date.

Avexir will release its  MSI Z77 MPower DDR3 @ 2133 MHz RAM modules which, as the name suggests, are designed to be hosted on MSI Z77 MPOWER motherboard, providing maximum compatibility and optimization with the most extreme motherboard from the Taiwanese company for Z77 chipset. 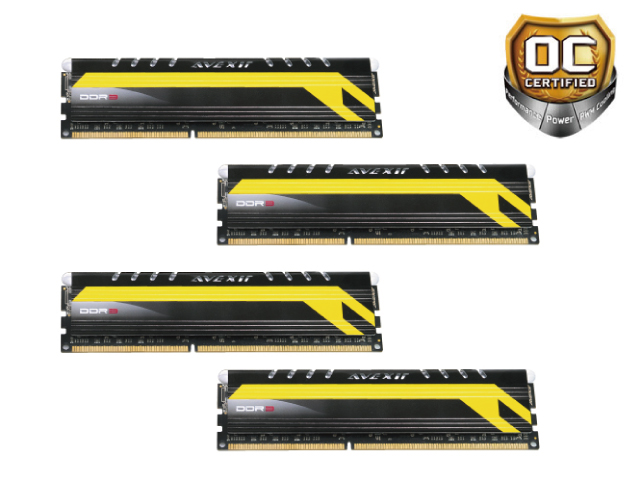 Found in the online shop Newegg, the AVD3U21330904G-2CM memory is made of two modules @ 2133 MHz 4 GB capacity. Both create a Dual Channel configuration with 9-11-10-27 latencies working under a voltage of 1.65V and compatible with Intel XMP profile 1.3 (Extreme Memory Profiles). The modules are accompanied by a eight layer copper sink with a matching design base plate black with yellow lines. Its release date and price are unknown at the moment.

Google’s Nexus 7 has been selling like Wildfire in North America and the UK for a few months now. Retail leaks suggest that Europe will finally get a piece of the Nexus 7 action from September the 3rd.

“The first leak came from France, along with a largely expected retail price of €249.90. France’s Fnac.com  jumped the gun and started to accept pre-orders by mistake and has later admitted, after pulling down the pre-order link but not canceling the previous orders, that the release date is scheduled for September 3rd.

There has been a report from Spain, as well as the post on Facebook by Asus Italia, but latest report from Androidnext.de puts the Nexus 7 in Saturn shops across Germany on September 3rd as well. The sales clerk told Androidnext site that 16GB Nexus 7 will be on display as of that date with a €249 price tag. Since Germany is on schedule we are pretty sure that the rest of the DACH region will follow as well.”

Pricing is largely expected to be €250 for the 16GB model and speculation suggests €200 for the 8GB model. The September the 3rd launch date conveniently coincides with the IFA event in Berlin,Germany that starts on August the 31st and ends on September the 9th. 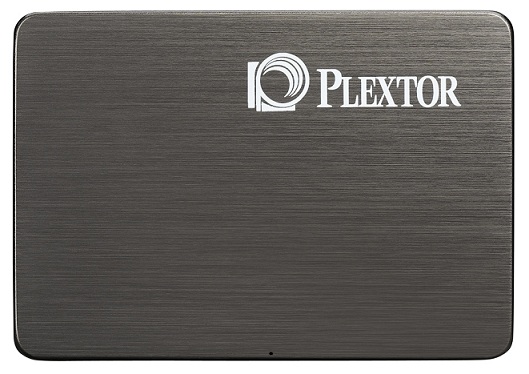 No longer will your shiny expensive SSDs degrade in RAID 0 on X79!

TRIM for RAID 0 on 7 series chipsets (Z77, B75, H77, Z75, etc) was announced last week. But for many that was disappointing news. Lets face it, X79 users are more likely to have SSDs in RAID o than 7 series users as they are more willing to spend money on their PCs and a lot more enthusiastic about performance.

It appears their cries have been heard. Intel made amends by announcing that users of Intel X79 chipset will be able to take advantage of the TRIM command in RAID 0 setups, with a future version of the RSTe (Rapid Storage Technology Enterprise) driver, without being specific about the version or its release date.

Its price is similar to the Radeon HD 7870, but its performance will be higher.
The GeForce GTX 660 Ti is the upcoming graphics card based on the Kepler architecture to hit the market, its release date is scheduled for August 16. Just a few days ago we heard of its specifications and days later we saw the first images, so now we only need to know its performance. Thanks to the website Tweaktown we know the performance of the GTX 660 Ti. 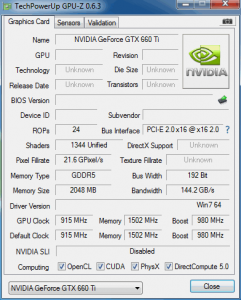 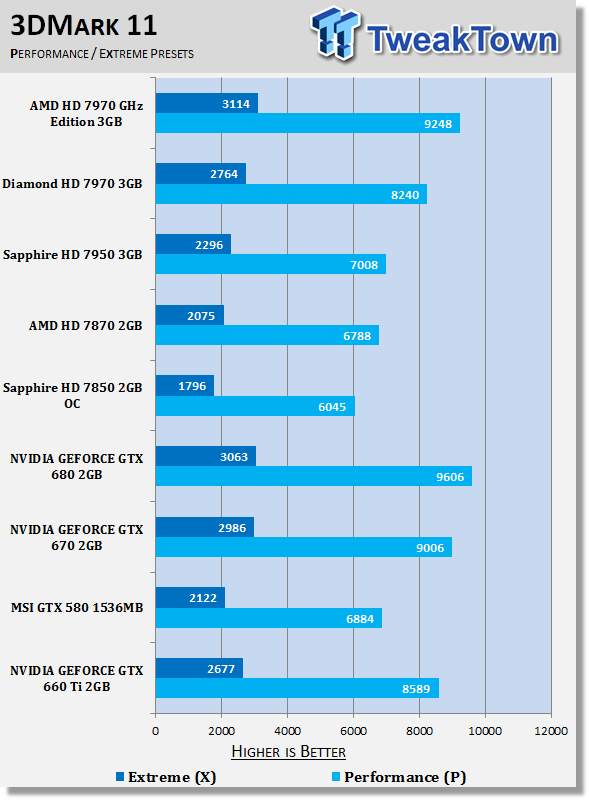 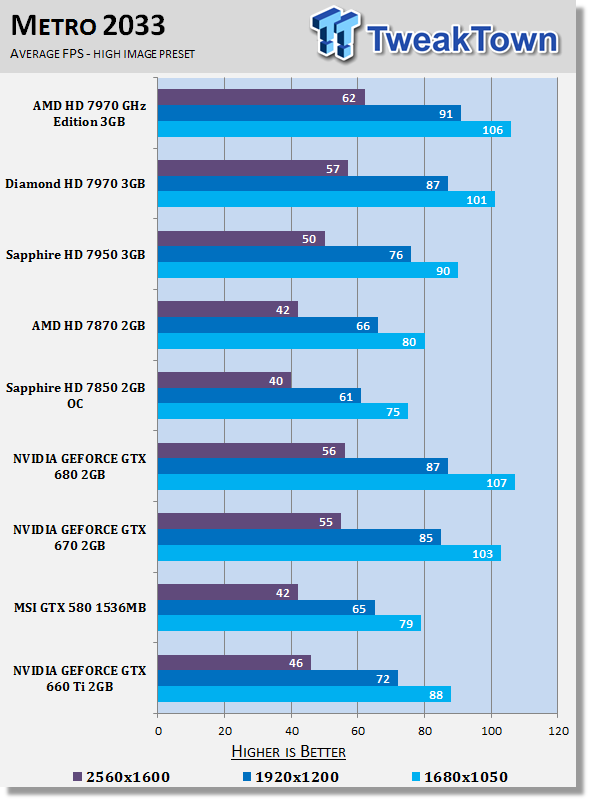 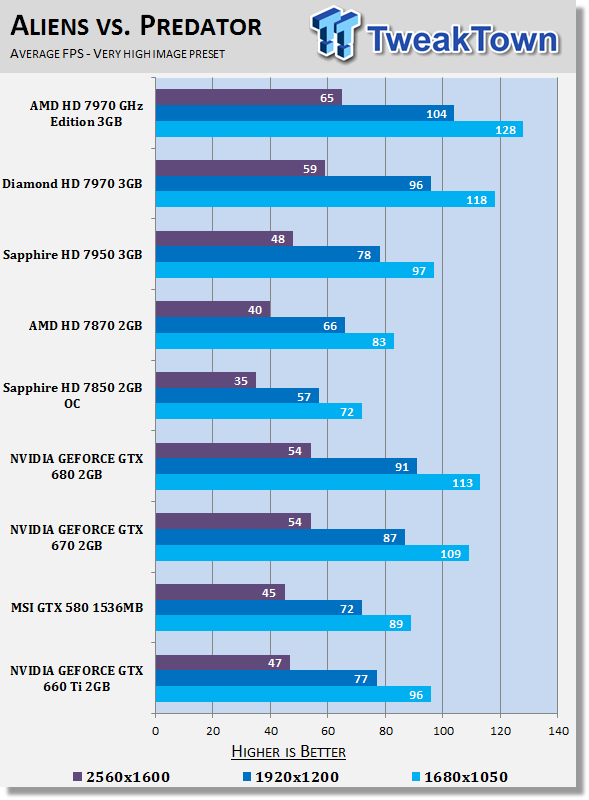 Although not only would this be a headache for AMD, as for Nvidia this would also cause a problem, since its performance is very similar to the GTX 670 and it sells for around $300, 100 less than the GTX 670, so many will choose the GTX 660 Ti.

Despite the good results obtained by the GTX 660 Ti, I must say if you activate the anti-aliasing and is used on monitors with higher resolutions, the Radeon HD 7950 is a better option.

You can consult the full analysis at Tweaktown. 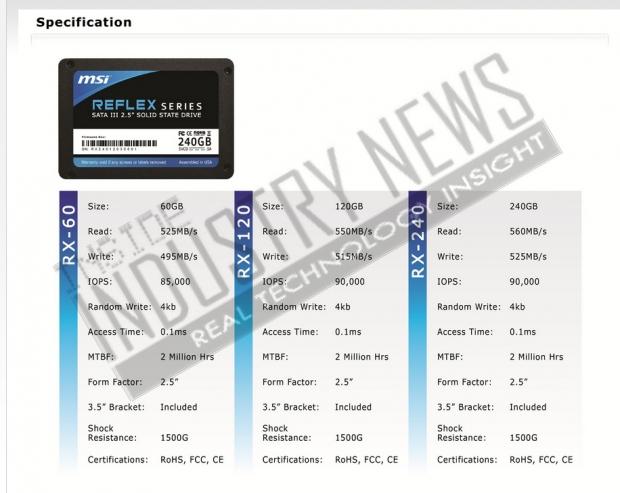 We brought you the news not that long ago that Microsoft would be entering the SSD market with LSI corporation’s Sandforce controller business. MSI have chosen the “Reflex” brand name for their first series of stand-alone SSDs. As expected that drives are Sandforce based, utilising the SF-2281 controller. Available in capacities of 60GB, 120GB and 240GB with model numbers of RX-60, RX-120, and RX-240 for the respective sizes.

Unfortunately, the leak didn’t bring any details of a release date or a pricing scheme. But expect them to priced competitively to current Sandforce SATA III drives since these are physically very similar except with a different brand name. MSI will also bundle a 2.5″ to 3.5″ adapter kit for desktop buyers.

How do you feel about MSI entering the SSD market – would you ever buy from them? Let us know what you think. 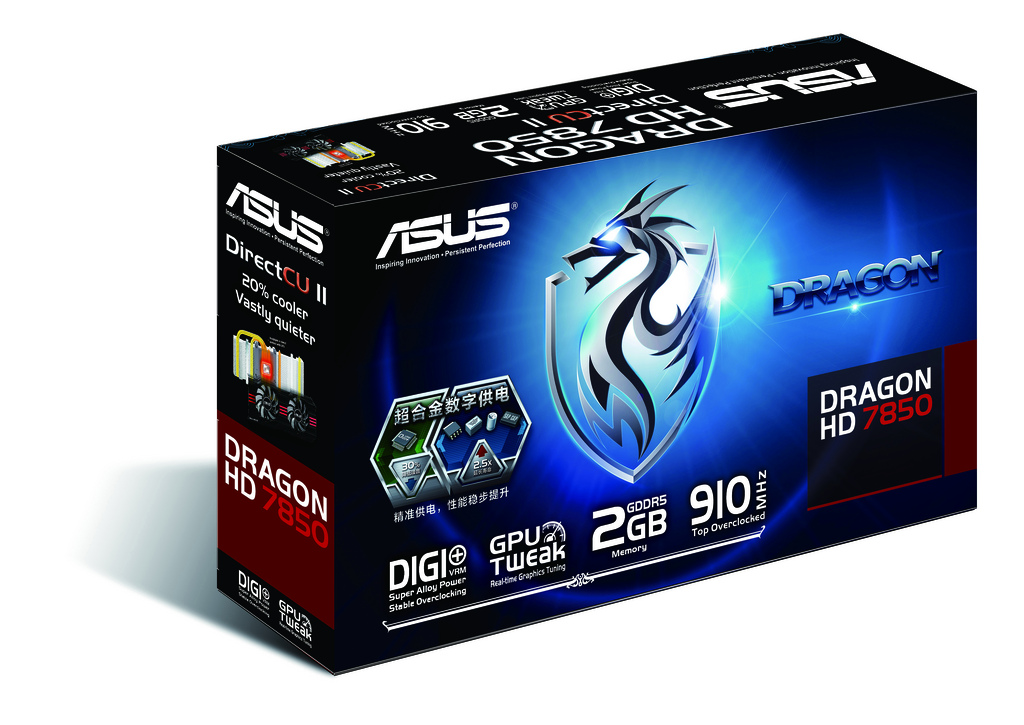 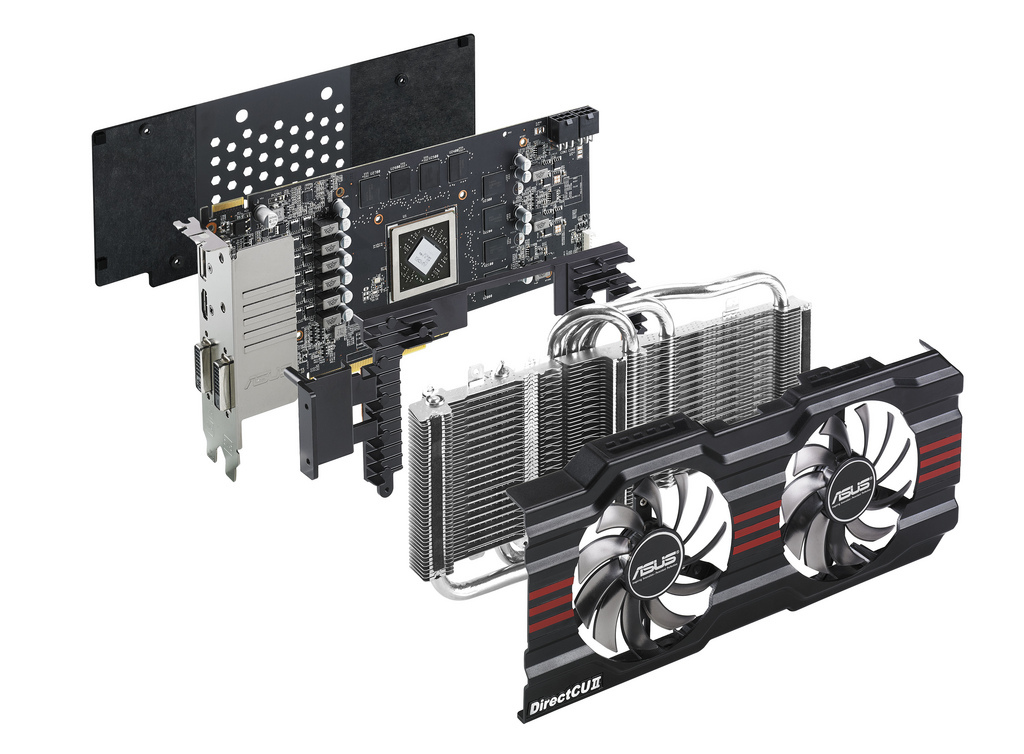 The ASUS HD 7850 DirectCU II Dragon Edition has a modified PCB incorporating a voltage regulator of 6 +3 phases and needing two 6-pin PCIe connectors to function. The DirectCU II cooler is not exactly what is incorporated in its sisters card, the cooling system consists of two 80mm fans, and also includes an aluminum backplate. 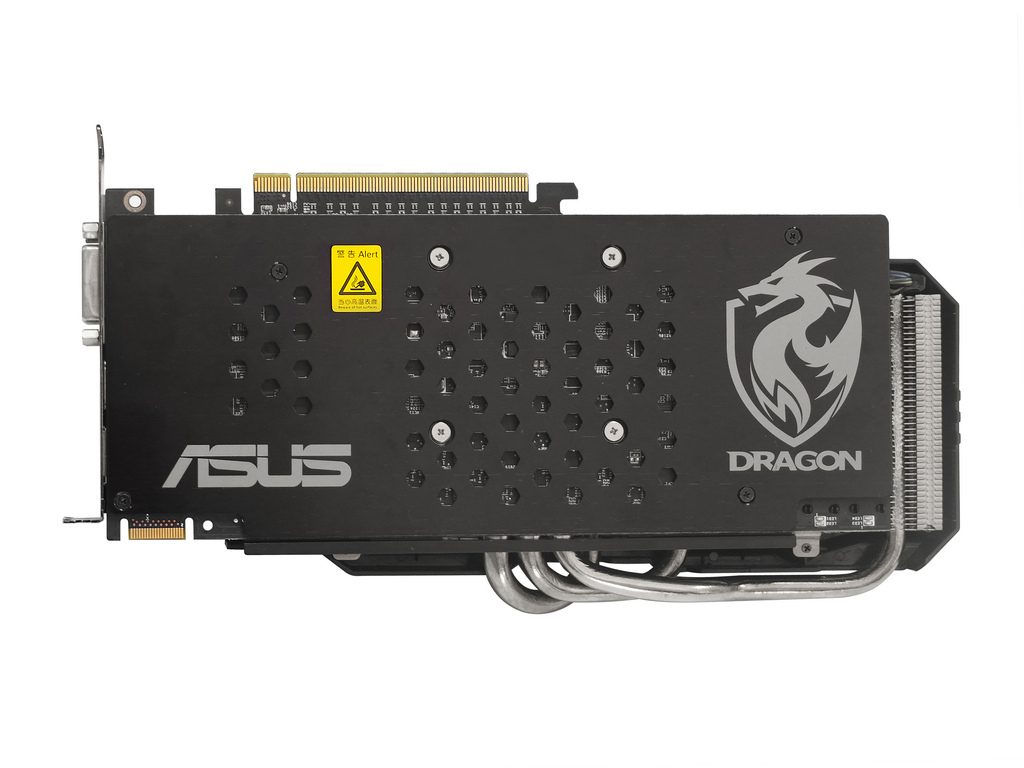 The ASUS HD 7850 DirectCU II Dragon Edition includes the following video outputs, two DVI, one HDMI and one DisplayPort. The release date of this new graphics card has not been disclosed, just like its price, but considering the frequency of operation, the price of this graphics card should be between the DirectCu II and the DirectCu II TOP.

The GeForce GTX 660 will be the  third monoGPU graphics card based on the architecture based on Nvidia’s Kepler. We have discussed the possible technical specifications which it might have, now information points to a July release date.

We are about to finish the month of June and the GeForce GTX 660 has not yet been launched, apparently in part because too much stock of the previous generation of graphics cards from Nvidia, Fermi. The GF 110 core used in the Geforce GTX 560 Ti 448 cores, Geforce GTX 570 and Geforce GTX 580 was discontinued a few months ago, as we discussed here, but there is still a great deal of stock in stores. 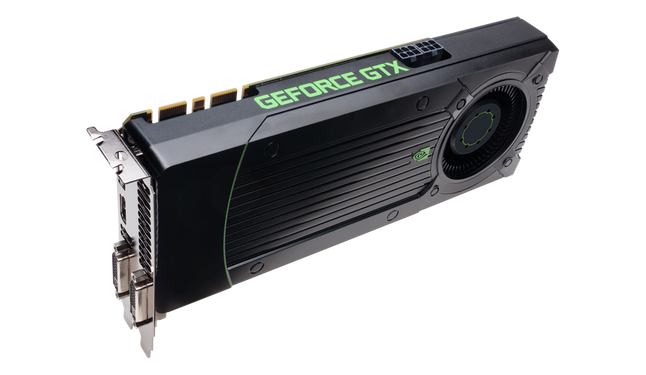 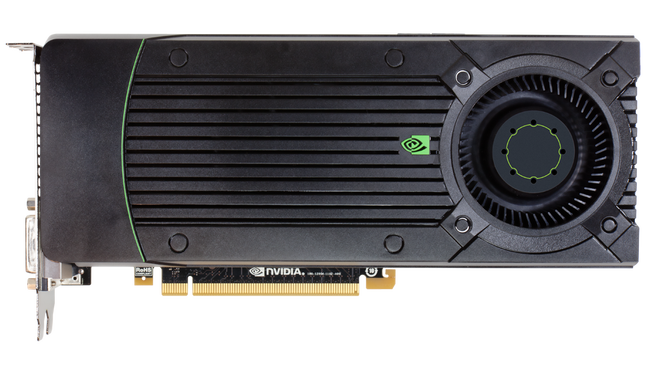 There is also news about a possible variant GeForce GTX 660 Ti, but for now nothing is known about it. The GTX 660 would be priced between $200 and $250 and would be based on a mid-range Nvidia Kepler architecture.