This simple program allows us to modify the installation package. 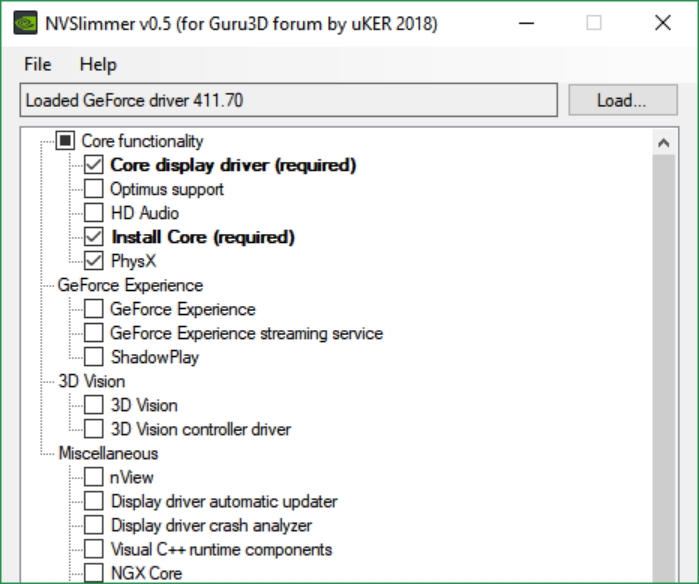 The latest version of the Nvidia drivers for Windows occupies more than half a gigabyte. Basically it behaves like an operating system, installed inside another operating system. It would be great if the company offered “lite” editions (for example, without telemetry or GeForce Experience) as well as a way to customize the entire process, without hiding modules.

In other words, we would love to know how to remove the bloatware from the Nvidia drivers, but until an official response appears, we can use the new NVSlimmer.

How to remove bloatware from Nvidia drivers with NVSlimmer 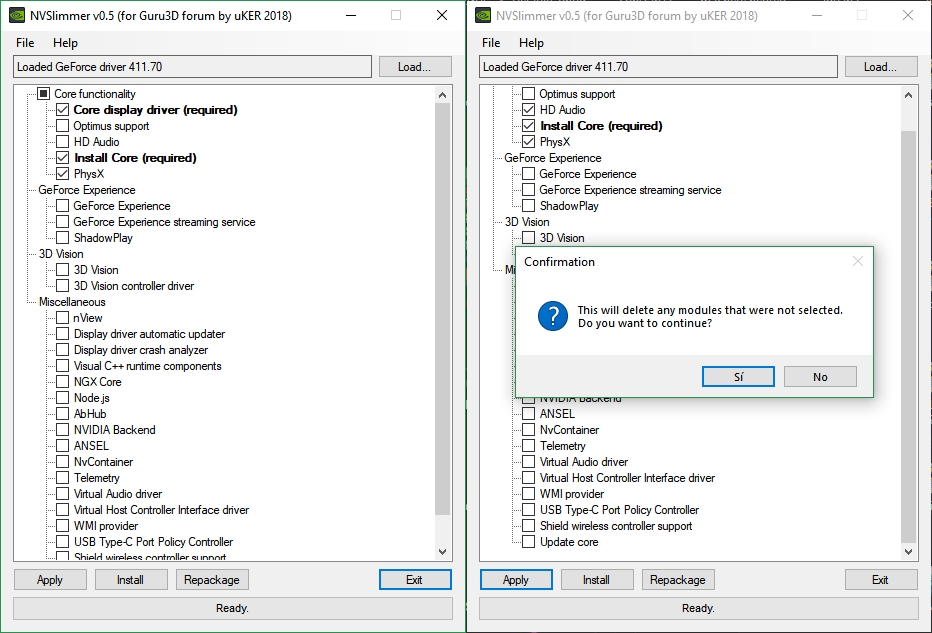 520 megabytes. That is what occupies the installer of the version 411.70 of the driver Nvidia for Windows 10 64 bit edition. There are Linux distros much smaller than that, and an unpatched ISO image of the old Windows XP SP3 floats around 600 megabytes. It is supposed to be accepted, that graphic cards have become very complex and powerful, and that they need giant controllers. Fortunately, video game enthusiasts love to challenge official positions, and over time have discovered how to remove bloatware from Nvidia drivers, modifying some .cfg files and deleting folders. The manual process is effective but tedious, and the uKER user of the Guru3D forum decided to automate it a bit. The result is NVSlimmer.

NVSlimmer is in a relatively early stage of development, and users have not hesitated to report problems under more extreme configurations, but its basic functionality is impeccable. The idea is that everything that is not marked in the NVSlimmer interface will be removed from the controller, while the modules considered “critical” are pre-selected. There are three in total: Core Display Driver, Install Core, and PhysX. HD Audio is recommended in case of using audio via HDMI, and the rest of the dependencies is still a work in progress, but we already have a fairly solid idea of the close relationship between some modules.

Once the purging of the controllers is finished, we can proceed to its formal installation, or perform a repackaging, which will create a decompressible .exe. In the specific case of the 411.70 driver, when choosing the three essential modules and HD Audio, the reduction in the installation pack was 144 megabytes, but the most important thing is that the bloatware will not be in our system. As always, any operation involving modified drivers should be considered experimental. There is no support here beyond asking in the forums of Guru3D, and if something goes wrong, you are on your own. Finally, remember that the bloatware is not exclusive to the controllers. You also have to remove it in new computers, and of course, in Windows 10.