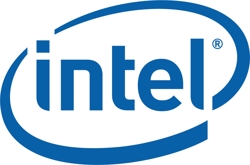 Intel are slowly toying with their Medfield-powered smartphones, releasing them to India, China, Russia and the UK, but surprisingly, they’ve left out the US market for now. Marketing chief, Sumeet Syal has told TechCrunch that their current-gen x86 system-on-chip won’t support LTE, but there is a revised chip coming later this year that will.

This new version will reach us later in the year, with production cranking up in 2013. Syal also said that the quad-core versions will arrive soon, where he claims they’ll benefit from Intel’s Hyper-Threading technology. Syal also said that Intel is “comfortable” with the progress of their entry into the smartphone market, but haven’t revealed any digits on just how well they’re actually doing.

We should hear more about these numbers in Intel’s Q3 earnings call next month, where we’ll find out if Intel are in fact doing well, or not.