Despite the fact that the gameplay of Call of Duty Warzone 2 is being liked by many gamers, technical problems ranging from lag to crashes are destroying the experience for many fans.
It’s been barely 10 days since Call of Duty Warzone 2 was officially released. Battle royale fans of the world’s most famous first-person shooter franchise had been waiting for its arrival for months, and while this new version has improved on its predecessor in some ways, such as its new maps and additions to the gameplay, the technical aspect is turning into a real nightmare.

Call of Duty Warzone 2 is experiencing horrible performance which is leading fans to heavily criticize the game. Sites such as Thegamer portal explains how their games during these ten days have been infested with lag, recurring crashes and all kinds of technical problems at a level that is usually inconceivable in a competitive game on the scale of Call of Duty.

A few days ago there was a tournament with some of the most important professional players in the scene, in which all suffered endless crashes and technical problems that turned the competition into a frustrating spectacle. Hopefully Activision will fix the issues over the next few weeks. However, if you’re craving more Warzone, you might be better off waiting a bit, as it’s not a particularly satisfying experience right now.

Call of Duty Warzone 2.0 has been available since November 16 for Xbox One, Xbox Series X/S, Ps4, Ps5 and Microsoft Windows. 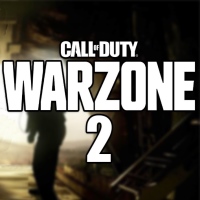