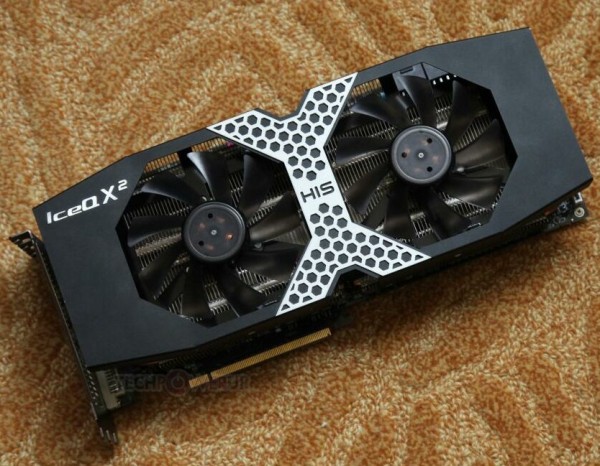 HIS also has been added to the list of manufacturers that are preparing a dual version of the graphics card AMD Radeon HD 7970, in this case the version is called HIS Radeon HD 7970 X2 IceQ and as usual will come equipped with two Tahiti XT graphics cores in it.

manufacturers intentions are pretty clear in regard to the launch of a dual based cards with two Tahiti XT graphics cores. We first heard news from PowerColor with the announcement of its beast called PowerColor Radeon HD 7970 X2 Devil13 , a card that looks amazing just looking at it. HIS not to be out done also prepares their version called HIS Radeon HD 7970 X2 IceQ. 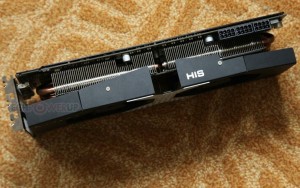 As you can see is a card it will occupy three slots and like Powercolor model needs three 8-pin connectors PCI-E for power. The cooling design is based on a large aluminum heatsink with a number  of copper heatpipes along with two fans to generate  good flow of air. 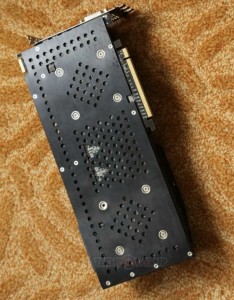 At the back bears a metal backplate which assists the cooling of the components on the PCB of the card. Unfortunately operating frequencies were not disclosed, but we assume to be higher than a reference HD 7970. 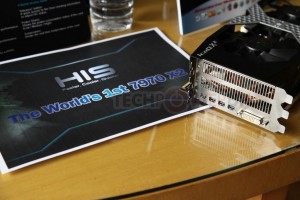 Video outputs are also different from the PowerColor model, in this case features a DVI output and four mini DisplayPort. About a time frame when it will reach the market we will have to wait a bit, but the intentions of HIS is to be the first brand to launch a HD 7970 X2, and knowing that the PowerColor will release theirs at the end of July, it should not take long to do so.