A little over a week ago we heard about the fact that the Pascal architecture was having problems with some games with HDR support. So far we have little data about Turing in this regard, so is it possible that the RTX 2080 and 2080 Ti lose when activating HDR?

NVIDIA has not yet commented on the reason for Pascal’s problems in certain games, since with others it is not an issue and the performance of SDR vs. HDR is practically the same. All indications point to a problem in the drivers, specifically in the HDR YCbCr 4: 2: 2 configuration (but not in the YCbCr 4: 4: 4 or RFB modes) where the Pascal cards when performing the chroma subsampling “mysteriously” they lose performance 8 vs 10 bits: what changes on a screen with more depth of color?

It seems that the tone mapping necessary for HDR is done by software in the 1000 series, while in Turing that mapping is already done via hardware and from there the problem of the drivers seems to come. But nothing could be further from reality, recently Toms Hardware made a series of tests to try to prove whether the loss was something exclusive of Pascal or, on the contrary, Turing was also affected. The only “problem” is due to the use of the driver version; the RTX were tested with the 411.51 and the rest of the NVIDIA cards with the 398.82. Saving this impediment, let’s proceed to see the data: 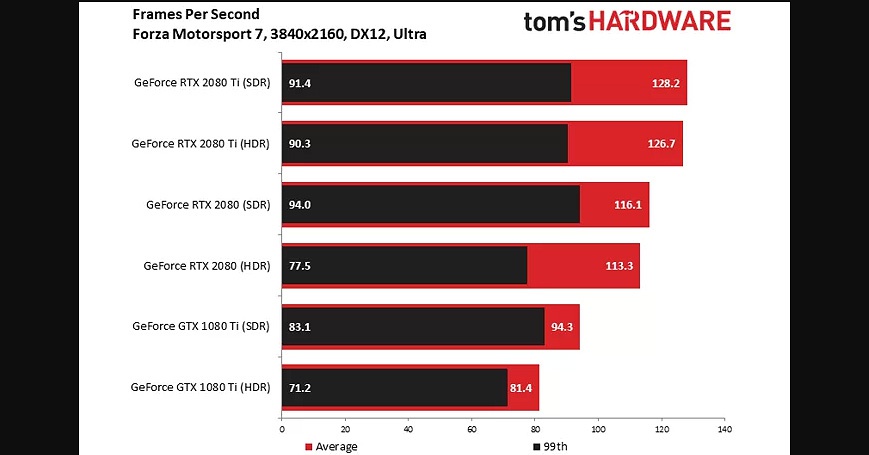 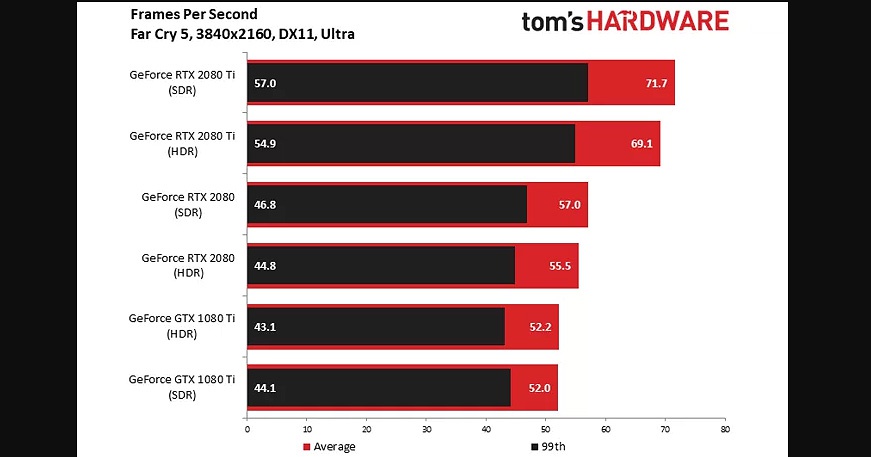 Farcry 5 is the most disconcerting of all the comparative games. The GTX 1080 Ti maintains the framerate and even achieves 0.2 FPS more, while the Turing cards lose a bit of performance: -2.7% and -3.7% respectively.

There is no solution in sight

The theories about the problem have already been enumerated and unfortunately they are that, theories. We have searched for data on this topic and the results are as disparate as reflective, since you can find the same problem in different games, where a user or web the result gives loss to others gives them gain and vice versa. We can not specify the problem, in fact, no one seems to be able to do so since this has been talked about and not given to the source of the evils. All this NVIDIA is knowledgeable and silent, we do not know if you are working on it or it is simply a failure that you know you can not fix for one reason or another. Meanwhile encouraged the owners of a Pascal card to update the firmware of their GPUs for support HDR + 4K + 144Hz since the version of DP 1.3 was causing problems and the upgrade was installed on the 1.4. Too many unknowns and few answers, we can not say more.