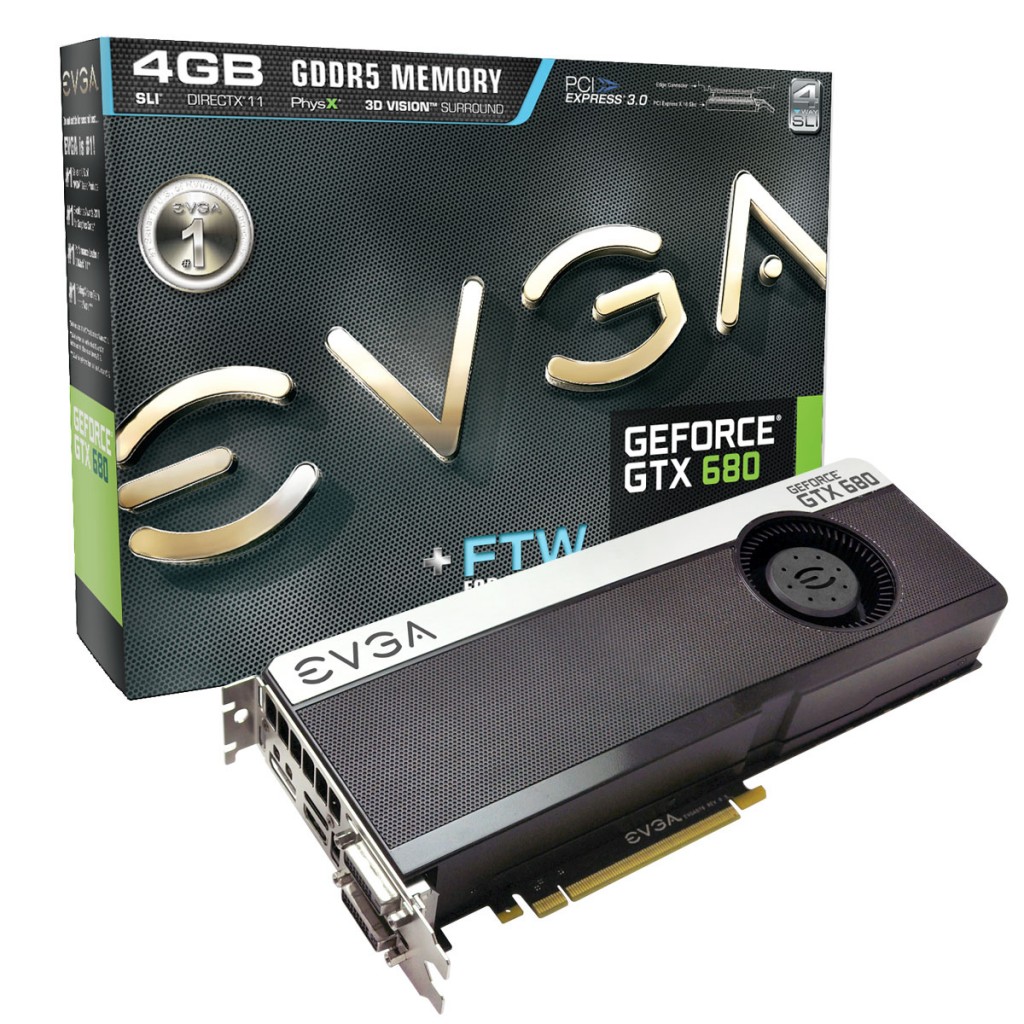 EVGA has just announced the availability of the anticipated EVGA GeForce GTX 680 FTW graphics card. This card offers several enhancements over the standard GeForce GTX 680 including an 8 Phase PWM design, an 8+6pin Power Input and Vapor Chamber cooling. EVGA will also offer a 4GB variant of the GTX 680 FTW graphics card to appeal to users with multiple monitors running Nvidia surround set ups where more than 2GB of GDDR5 is necessary for smooth visuals. The EVGA GTX 680 FTW also comes with a backplate in order to cool the additional memory chips that have to be placed on the rear of the PCB.

These cards are also clocked with higher base/boost speeds of 1110MHz Base and 1176MHz Boost. These cards are expected to be available very soon at leading retailers and etailers.