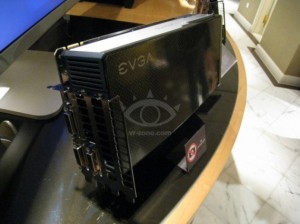 Recently we hear about the Asus ROG MARS III, a beast with two cores GK 104 in the same PCB, EVGA is not far behind and has shown its EVGA GTX 680 2Win GEMINI, another dual-core version equipped GK 104 and it occupies four expansion slots.

Interestingly have not seen any GeForce GTX 690 graphics card have customized by any brand till now, but during the 2012 Computex trade show itself we have seen some dual GTX 680 cards, which basically amounts to the same really, a card with two cores GK 104 on the same PCB . 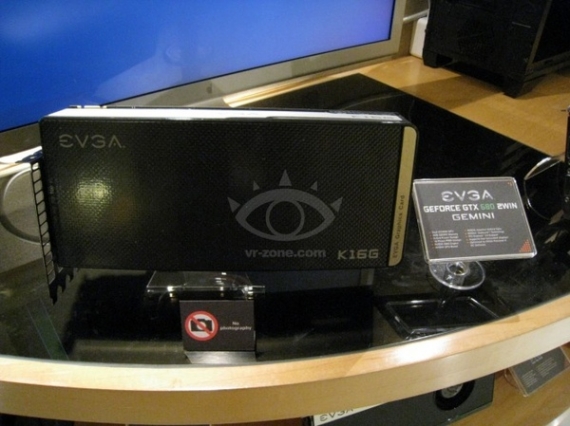 The design of the EVGA GTX 680 2Win GEMINI was rather surprising by its size, it will require four expansion slots to fit it properly on your PC. Regarding its operating frequencies they have not revealed any details, but obviously it will come with a good overclock to get all the juice.

The data have revealed is that its power design is 8 +8 +8 and has 16-phase PWM. Has 4GB GDDR5 memory, 2GB per core and four video outputs, with three DVI and mini DisplayPort. Its price will be $ 1,000 and we hope we can soon hear about the rest of the details, but in principle the EVGA GTX 680 2Win GEMINI looked great.