The ATIV Book 9 NP940X5J is one power machine, specially for those looking for powerful yet lightweight laptop to carry around town, one key feature of this laptop is its battery life and its backlit keyboard. 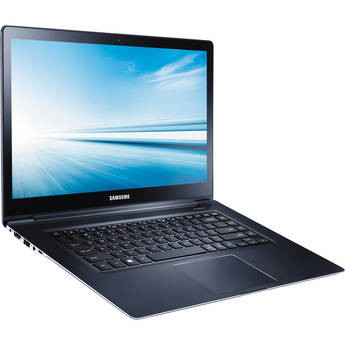 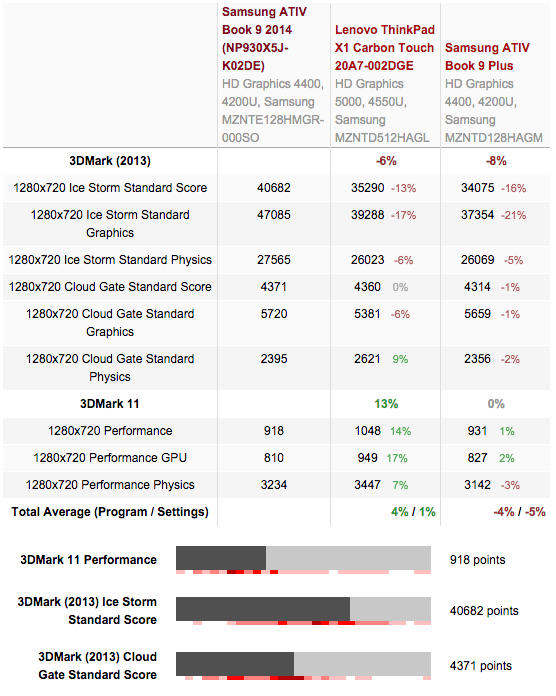 The HP EliteBook 755 G2 Laptop comes with a cost-effective AMD A10 Pro-7350B processor, and economical layout. It is the computer business dreams off, has a screen size of 15.6 and a resolution of 1920×1080. This laptop offers standard equipment and some additional features.

The Apple MacBook Pro 15.4 also called the “ME294PL” This is currently one of the most advanced laptops on the crowded notebook market, it is equipped with highly regarded components and is used by many professionals involved in graphics design and CAD engineering due to its stunning Retina display with over 4 million pixels (227 pixels per inch). 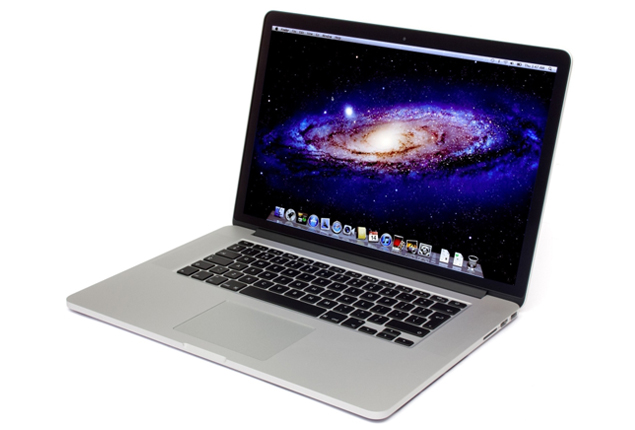 Has built in technology that minimizes glare and provides high contrast and excellent color reproduction. The device allows up to eight hours in a wireless network use and up to 30 days on standby.

Its all about the Retina Display, with a 15.4 inch screen this Macbook Pro has over 5 million pixels, with IPS technology, providing a 178 degree viewing angle The Apple MacBook Pro 15.4  also boasts a native resolution of 2880 x 1800 with 227 pixels per inch, if you got a nice monitor around this MacBook offers 2 external output displays options via 2560 x 1600 using Thunderbolt 2.

This MacBook Pro can also game, well in Windows boot camp that is thanks to its dedicated NVIDIA GeForce GT 750M graphics card that features 2GB of GDDR5 RAM.

The system is powered by a quad-core 4th generation Crystalwell Intel Core i7-4850HQ running at 2.8 GHz, overclocked up to 3.1 GHz. The beauty of the Crystalwell CPU is that it is great for power consumption, that kicks into power save mode so efficiently that it does not hamper performance. As for memory comes with 16GB DDR3L RAM running at 1600MHz.

MSI GS30 Shadow is a unique combination of ultra mobile laptop with a docking station equipped with a desktop graphics card.  This Laptop is equipped with an extremely powerful processor Intel Core i7 4870HQ , and efficient layout. It is a ultra mobile PC, has a screen size of 13.3 and a resolution of 1920×1080. Laptop offers a good equipment and additional features.

MSI GS30 Shadow comes shipped with an Intel Iris Pro 5200GPU integrated into the processor, support for DirectX11,
shared graphics memory with RAM. With the docking station an Nvidia GeForce GTX 970 is used.

And of course comes with Windows 8.1.

Who we recommend it for: Those looking for a mobile gaming laptop that can also be used as a desktop for PC gaming.

However with the docking station, the MSI Shadow GS30 turns out to be very unusual. If we were to judge it as a standalone laptop it certainly would have gotten praise for its small size + power combination, it is low weight and has some very high-performance components. After all, not everyone can boast Intel Core i7 processor, 16 GB of RAM and two SSDs in RAID. These characteristics make it a good choice for less demanding games, and even newer games (after lowering the resolution and detail of the image) will work quite well.

However, we feel the true power kicks in only when you connect it to the dock where we find an Nvidia GeForce GTX 970 that has enough performance power to cope with every game.

It seems designed for someone who goes to work or school with this laptop and when he gets back home, just plugs it into the docking station to play some games.

We can not forget that you need a separate monitor this, not to mention a keyboard and mouse.  Pricing starts at around $2,000 and with the docking station it can reach around $2,400, so its not exactly cheap. 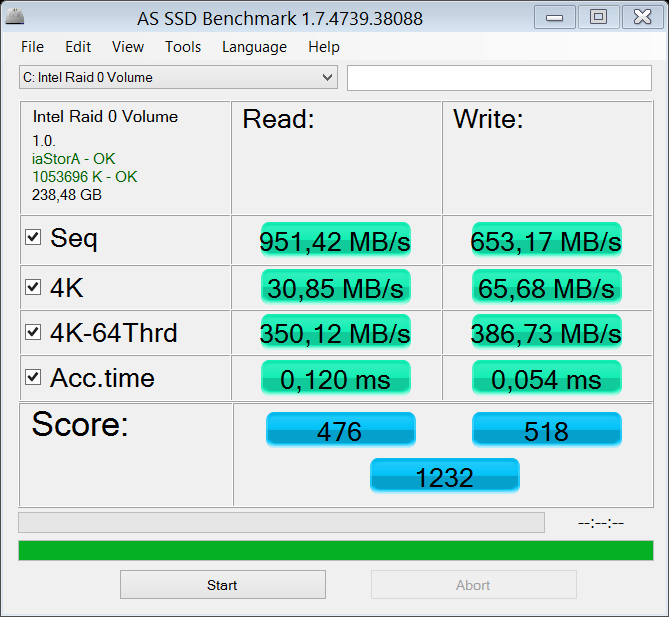 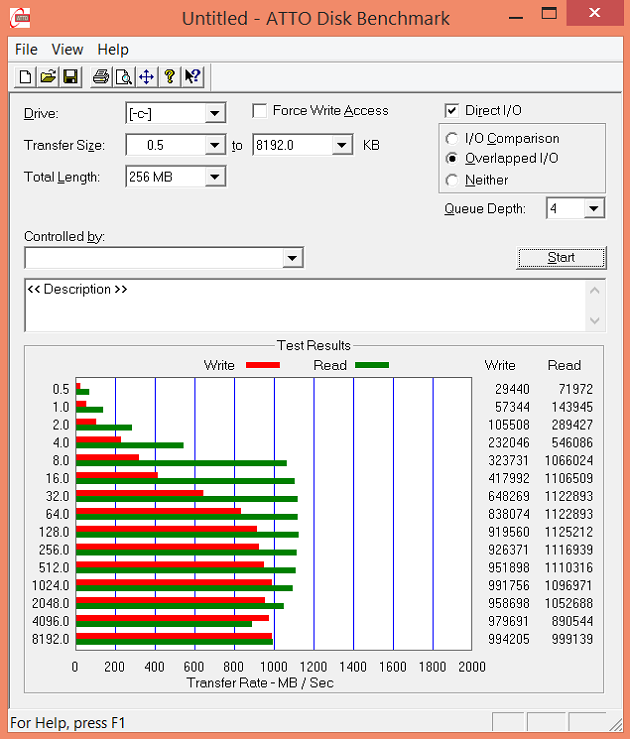 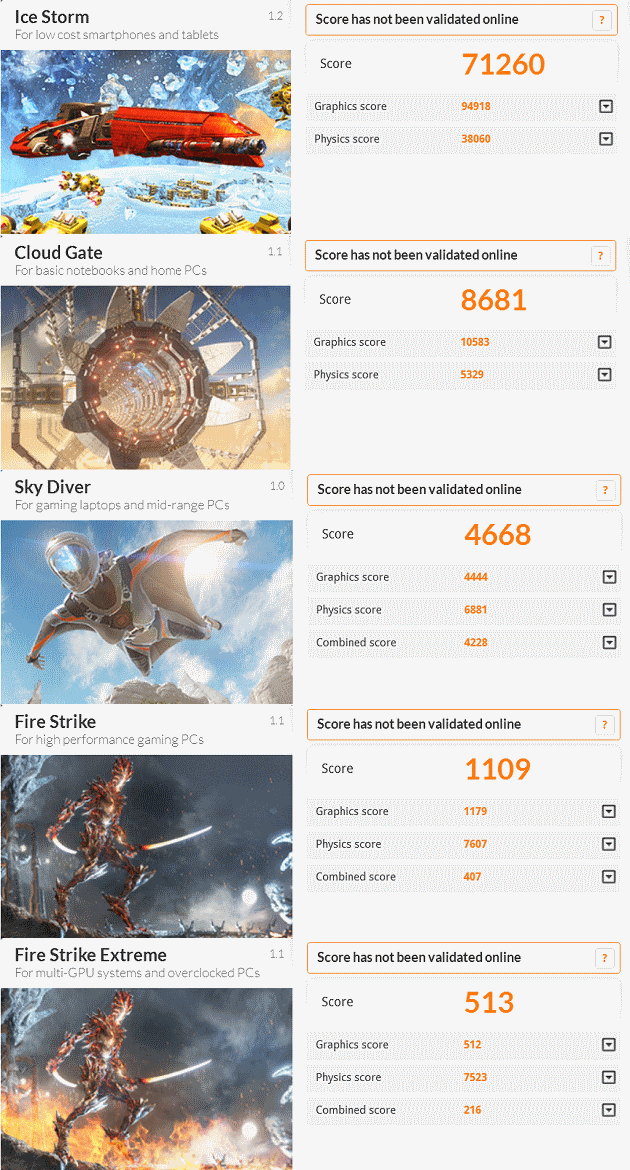 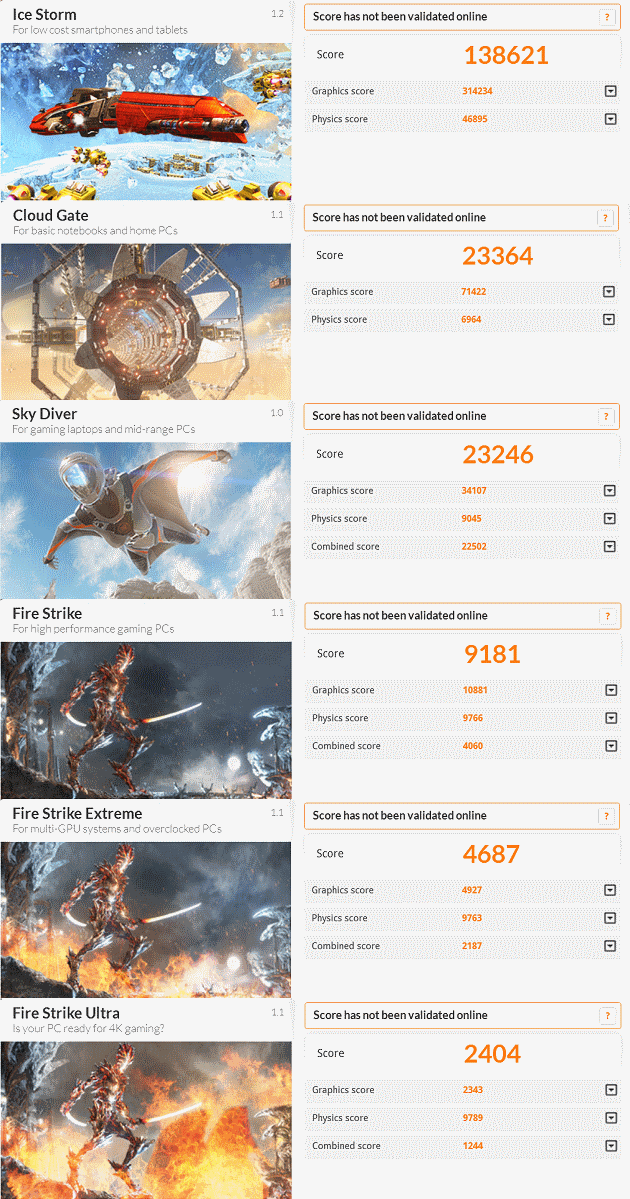 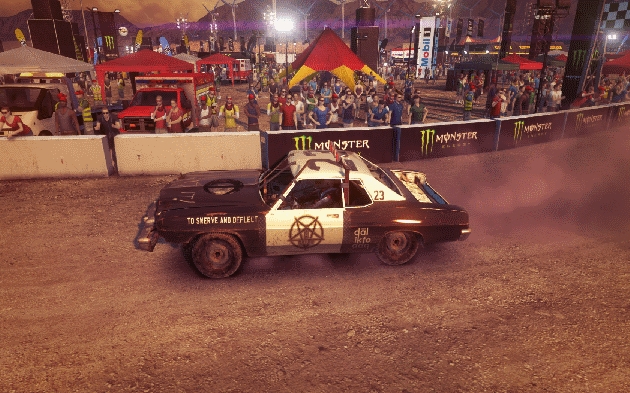 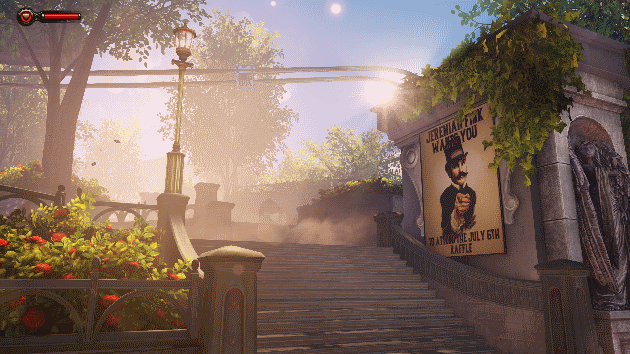 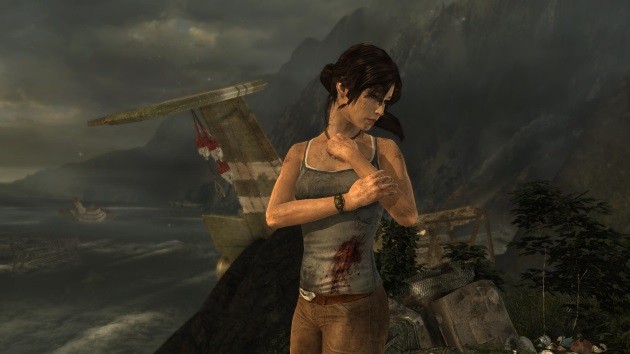 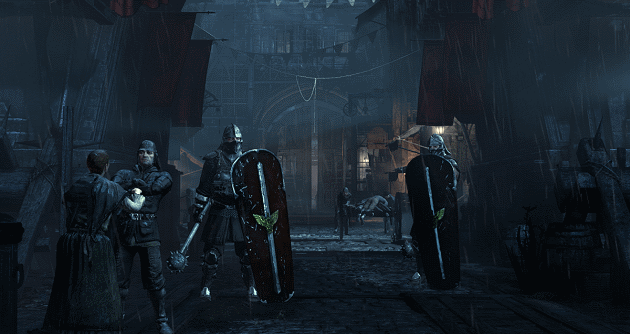 The Lenovo Y50-70 is powered by an nVidia GeForce GTX 860m GPU with 2 GB DDR5 Memory, support for DirectX 11,  and possibly DX12 it has a second graphics card: Intel HD 4600 – that keeps in in low consumption economy mode switching between video cards is done automatically.

Screen size: 15.6 matte screen with a maximum deflection angle of the screen – 145 degrees 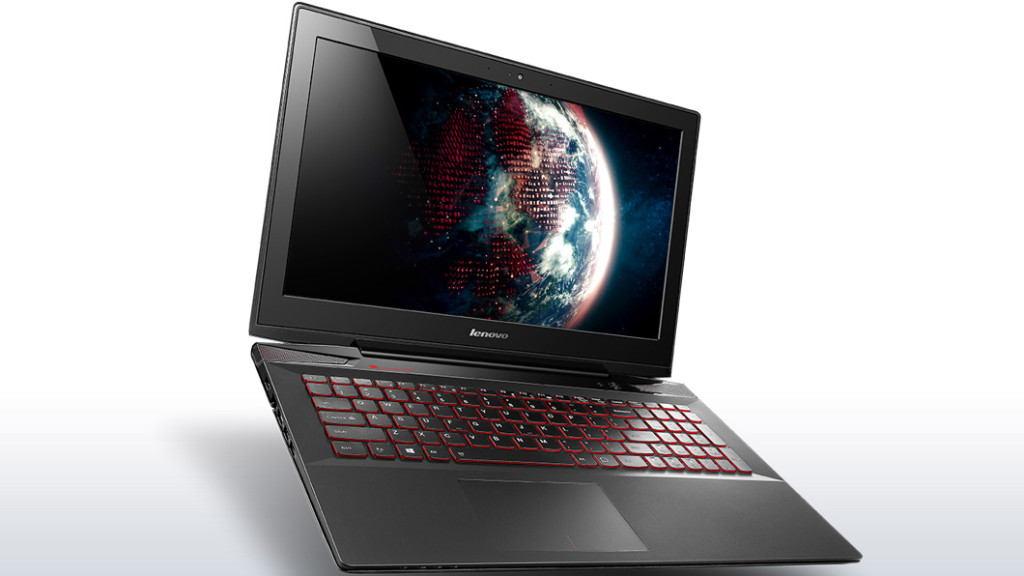 
Lenovo seems to have struck a cord with buyers as the maker has been selling these light weight ultra portables machines with confidence.

This leads us to the latest Lenovo Yoga 3 Pro-1370 that follows the path of its predecessor, its still very much lightweight and still converts to a Windows tablet,  you will still get average battery life and nice performance

Hybrid laptops as they are called these days, means the laptop can fold into a tablet allowing for extra possibilities when on the road or for those who move around the house alot and need to take their laptop with them.

Its also for those who don’t yet want to move to just a tablet, instead want the versatility of having both a laptop and tablet at the same time. 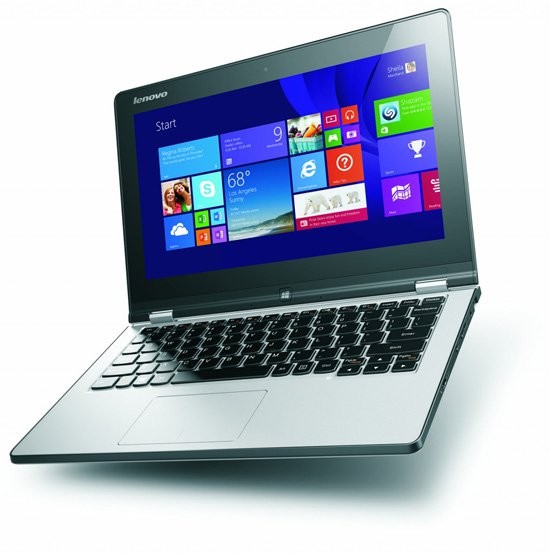 Inside the main components of the Lenovo Yoga 3 we find an Intel Core M-5Y70 processor designed at 14 nm that is nothing short of amazing and its power consumption is just 4.5 W. The CPU runs at 1.1 GHz but with Turbo Boost it can reach up to 2.6 GHz. Yoga 3 Pro comes with a M.2 SATA solid-state drive,  with 256 GB capacity. 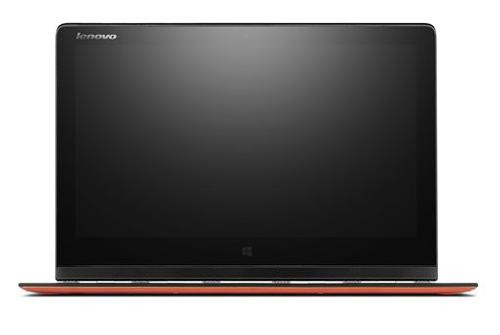 The Lenovo Yoga 3 Pro relies on an high-def IPS display screen for good viewing angles and bright colors, its resolution is rated at 3200 x 1800, beating out Apple’s MacBook Pro with Retina display that only manges 2560 x 1600 pixels. Lenovo is using a Samsung PLS touchscreen that offers 276 ppi, this helps Windows display crisp bright colors also has a maximum contrast ratio of 320:1. Yoga 3 uses Intel HD Graphics 5300 graphics that has a maximum frequency of 850 MHz.

The Lenovo Yoga 3 Pro when in tablet mode is some what heavy at 1.2 GB, the keyboard is exposed it measures 13.5 mm in thickness.

We need to reminded that the Lenovo Yoga 3 Pro is designed with power saving in mind, this means that it is not great for gaming. 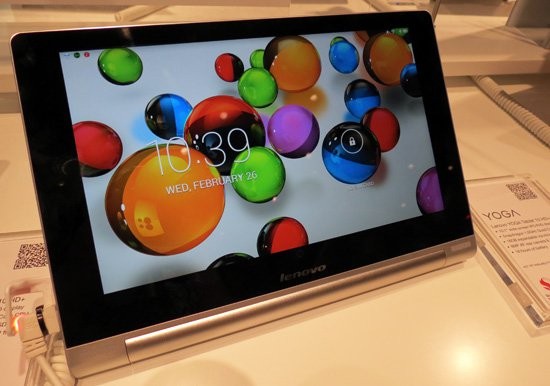 The Lenovo Yoga 3 Pro is designed for the professional minded, who is also looking for a Windows 8 Tablet experience, it has the power to run applications rather well but not enough to make it a gaming laptop. 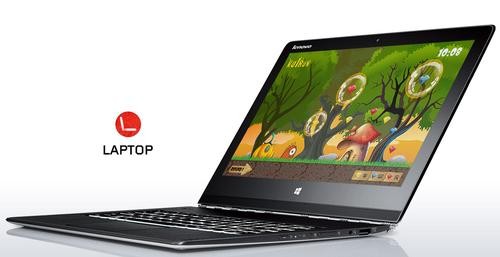 
The MSI GT80 Titan SLI Notebook is exactly what every game dreams off. This thing is packed with the latest and greatest to make your gaming experience feel like you never left your desktop.

PC gaming on the road just got a lot better thanks to the MSI GT80 Titan SLI Notebook. Some of the best specs you can find here include a mechanical keyboard, a Core i7, comes with 32 GB of DDR3 Ram, a large hardrive of 1TB and a Blue Ray disk player for movies on the go.

According to hardwareluxx, these are the bench mark results they managed to get with the MSI GT80 Titan SLI Notebook 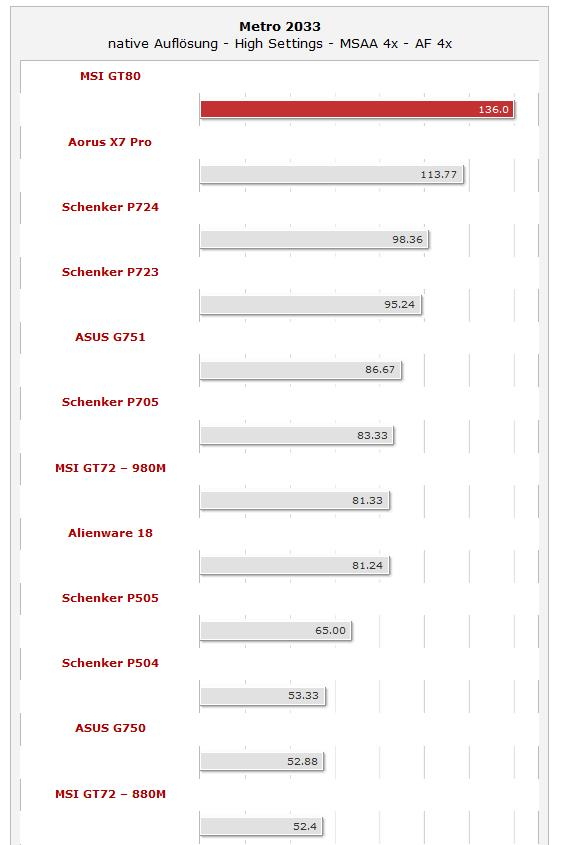 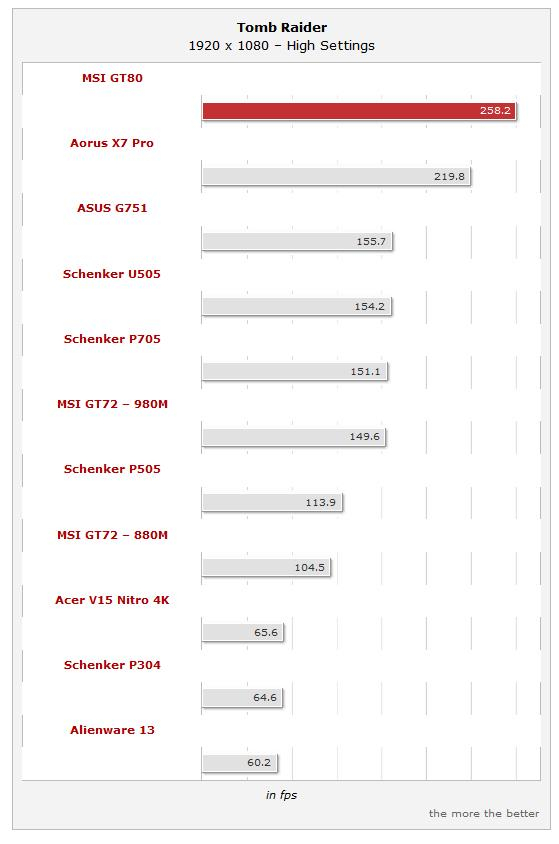 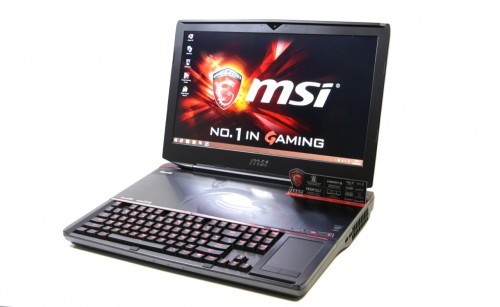 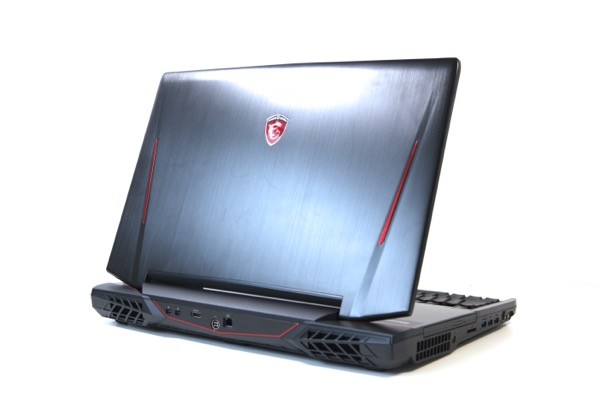 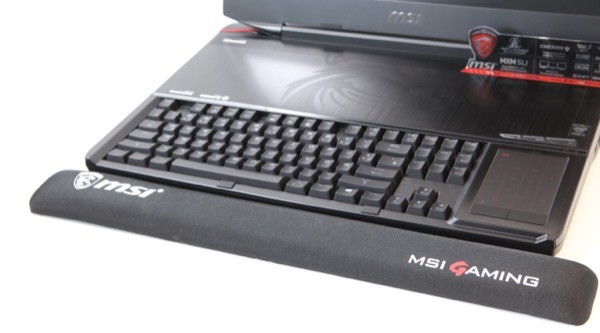 If you got money in your pockets and don’t know what to do with it I’d suggest you get this laptop.


One of the most popular laptops this year is the Dell XPS 13, not only because of its lightweight but it also has some pretty impressive features.

You will find other options available such as upgrading to a Core i5 CPU, upgrade to 8GB RAM, and move to a faster SSD drive, 256GB or 512GB. If you chose the top-of-the-line model expect to pay $1,900.

Although the Dell XPS 13 is using Intel’s new “Broadwell” chips it is basic architecture compared to that of last year’s processors, but it has been trimmed from 22nm process to a 14nm. 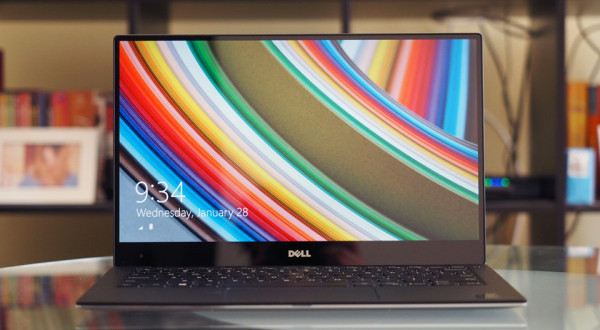 
According to Theverge, Dell has now released its new Chromebook 11 and is fully available. The specs of it include a 11-inch, 1366 x 768 screen, spill-resistant keyboard, a dual-core, Intel Bay Trail-M Celeron processor running at 2.16GHz and comes with a decent 16GB of storage.

Battery life is expected at 10 hours, providing good autonomy for those on the road. As for the price of Dell’s Chromebook 11, expect to pay $299 for the 4GB version, if you want the 2GB version then its cheaper at $249. Downside is NO i3 processor option.

The Dell Chromebook 11 is being pushed for the education market, partly due to its relatively cheap price and because Windows 8.1 is not the greatest.

We should also expect the The Latitude 11 a Windows based laptop to be available in March 3rd, the specs are not fully available as we only know it will include an Intel Celeron processor, 2GB of RAM, and a small 250GB hard drive its cost is expected to be around $299.
[via] 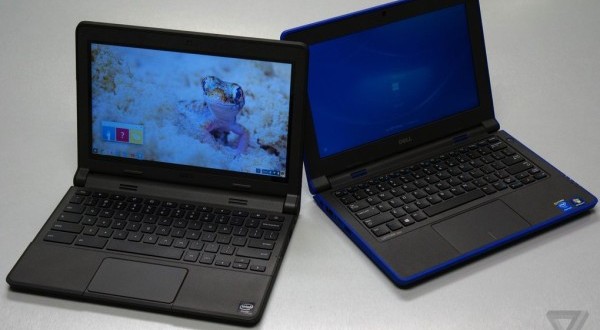 
If you are looking for cheap entry level laptop, look no further than this Asus 15.6-Inch model. To be exact its the Asus B00L49X8E6. The screen resolution is enhanced thanks to Splendid Technology, that Asus assures will provide the best possible viewing quality to go along its 15.6 ” screen. The glossy screen can sometimes give out glare, but you can chose between Normal, Theater, Vivid, and Manual settings to find what works best.

Drive space is also entry level, with 500GB available, same can be said about its memory as it comes with a standard 4GB.

Other features include N rated WiFI, a Webcam, SD card reader. Comes standard with 1 USB 3.0 and HDMI output so you can show off your screen onto your TV. The downside to this Asus 15.6 laptop is its weight, at 4.7 pounds it will be a burden to drag this around.

But on the plus side it comes with IceCool technology, that basically will keep your computer running cool and the area around the trackpad will not heat up. 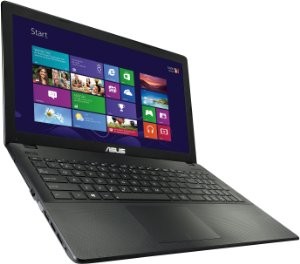 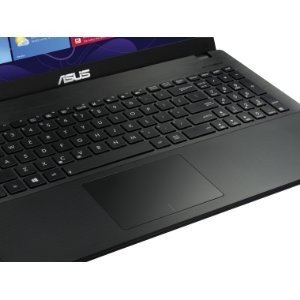 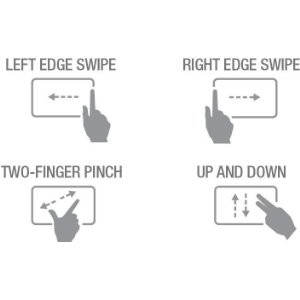 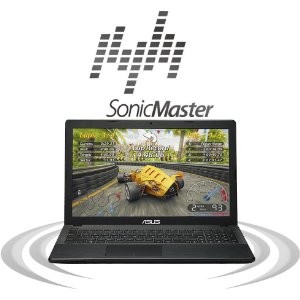