Barnes & Noble Inc has presented on Wednesday a high definition ‘tablet’, lighter and thinner and can allow multiple users in an attempt to gain a larger share of the competitive market.

The devices are priced ranging from $199 for the Nook 7-inch HD ‘tablet’ with 8 gigabytes of memory, up to $299 for the 9-inch size similar to Apple Inc’s iPad current market leader, with 32 GB . iPad prices are nearly twice as high for similar devices. 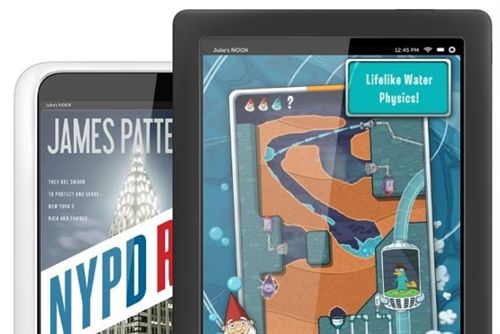 The new Nook is the latest to join the war on ‘tablets’ sales and e-readers, and therefore all digital content, such as books, movies and magazines.

Barnes & Noble has bet its future on digital business as the company faces a general decline in industry sales of physical books.

“A key growth area is to get your existing customer base to phase over to the digital platform”, said Sarah Rotman Epps, an analyst at Forrester Research, arguing that the new devices are competitive with similar Amazon products in terms of features and prices.

Barnes & Noble brings over a strong fight against rival Amazon, that can use its shipping services and amazon.com site to satisfy users, and also against Apple, which has sold tens of millions of iPads units.

To keep up, Barnes & Noble has added innovative features to its Nook, as each family can share the ‘tablet’ creating each user their own homepage and preferences. It is the first device of its kind that allows that. It also allows parents to control content.

The company is also launching a new video streaming service and Nook download service, reducing the gap with Amazon and Apple, which offers more content on their devices.