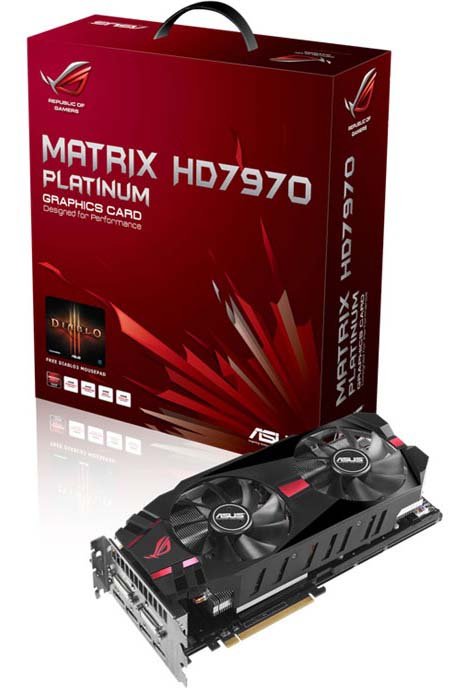 We’ve been waiting for something more-special from ASUS with the HD 7970 GPU for a while now, since we’ve only had the Direct CU II TOP so far. We first saw the ASUS ROG HD 7970 Matrix Edition video card at Computex 2012 when it was still in development. It is now finished and ready for consumers to throw their hard earned cash at.

The HD 7970 Matrix Edition video card is released with the newer variant of the HD 7970 GPU that features better power tuning controls and a higher clock speed. There will be two variants of the Matrix Edition, a platinum and a normal edition. The Platinum Edition gets an extra 50MHz on the core clock but apart from that there isn’t much difference – obviously the Platinum Edition cards should have chips that have been binned higher and should in theory overclock better.

ASUS VGA hotwire support has been added with clearly labelled voltage tuning and read off points. This allows you to overcome the 1.3v maximum the card has when tuning through the operating system using ASUS GPUTweak, this should only be needed for extreme overclocking. The PCB features an LN2 mode switch, which loads an extreme-cooling-optimized BIOS.

ASUS have included a fan override button which sets the two fans on the Direct CU II triple slot cooler to 100% without software interference. An additional LN2-optimized VRM heatsink is included in the package. Prices start at US $ 490. 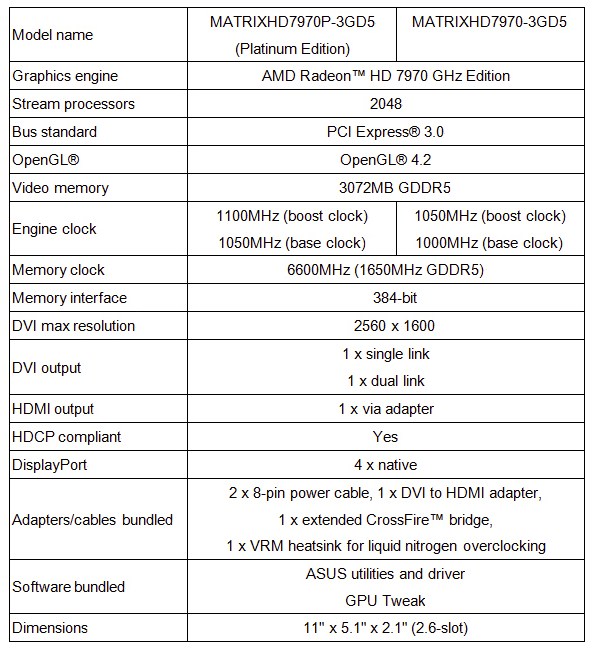