The base card features a decent core clock of 970 MHz while shader speeds are rated at 970MHz, enough to run Fallout 4 on high? hmmm. Perhaps its 2850 MHz memory clock could do it with good drivers. Its memory bandwidth is rated at 182.4 GB/sec. 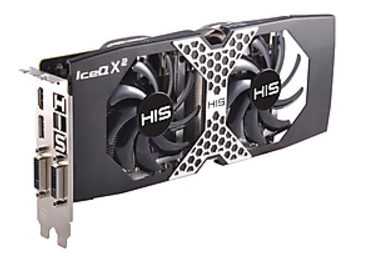