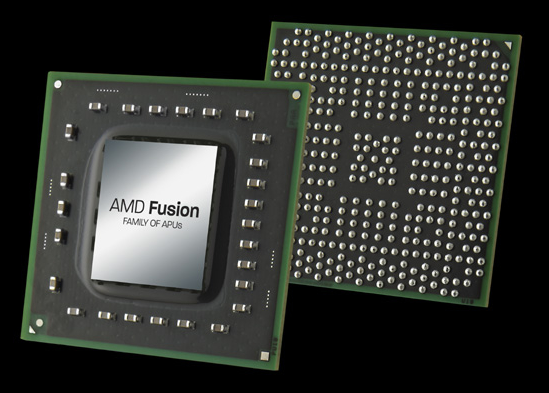 Even though Llano APUs were a great success on the whole, the dual core Llano APUs were quite rubbish for anything other than basic gaming. However, AMD looks to be turning this on its head with the Trinity APUs. The A6 5400K dual core APU is expected to pack two cores at 3.6GHz with a 3.8GHz turbo speed. The CPU cores are based off the revised Piledriver 32nm architecture whilst the GPU also gets a boost to the latest 28nm Southern Islands graphics. The A6 5400K packs a HD 7540D GPU which has 192 shaders at 760MHz. Memory support is up to 1866MHz and the K in the name suggests a fully unlocked multiplier on this APU. All this fits into the same 65W TDP as its predecessor. You can see the comparison with Llano below: 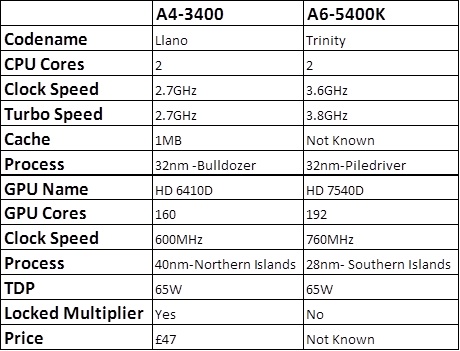 As you can see, the specifications would suggest a significantly faster APU both in terms of the CPU where there is 33% more CPU horsepower and the GPU where there are 20% more shaders at a 27% higher clock speed. We do not know of a price yet but if AMD can squeeze it in close to where the A4-3400 was at launch, £55, then they are sure to be on for an all out winner for entry level gamers.