The devices are available in two sizes: 7 and 8.9 inches. One of them has 4G connectivity via LTE, for which Amazon will sell its own data plan.

When we began to speculate on the Amazon presentation today, the most optimistic talk was of two new models of the Kindle Fire. But Jeff Bezos and company decided to surprise, launching four new versions of the tablet, including one with 4G connectivity.

The event, which also announced new versions of Kindle readers with eInk screen, set off with the announcement of the renewal of the most basic Kindle Fire, it was launched last year for $199. The 2012 device includes twice the RAM, 40% faster processor than the previous one and a battery with more power. The price was also modified, down $40 and staying at $159. The device can be pre-order today, being delivered on September 14.

But the real bet is on the new Amazon tablet “Kindle Fire HD” models with higher resolution screens and WiFi connectivity enhancements. HD devices, available in a 7-inch version and 8.9-inch, has an OMAP 4470 processor from Texas Instruments, a high-resolution screen and a special treat for me at least (laminated to eliminate glare and eliminating the gap between the LCD and the glass that covers it), 16GB of storage and WiFi connectivity (dual band 2.4 and 5 GHz) and Bluetooth. 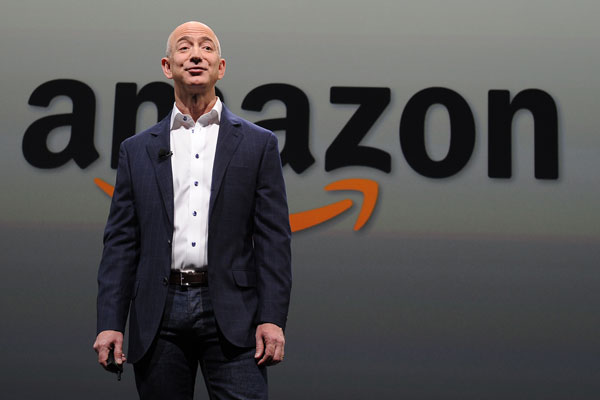 The 8.9-inch model is the new jewel of Amazon and the center of attention during the presentation by Bezos, highlighting its good performance (compared to processors like the NVIDIA Tegra 3) and the quality of its hardware. For example, it was noted that the 8.9-inch screen has a resolution of 1900 x 1200 pixels, reaching 254 pixels per inch (ppi). Nothing was said about the screen resolution of the 7-inch model. The new tablets also feature an audio system based on two speakers using Dolby Digital Plus.

Both models of the Kindle Fire HD will arrive in two dates: the 7-inch version will be available on September 14 (with pre-purchase today) for $199. In contrast, the 8.9-inch model will go on sale Nov. 20 for $299. Both models have 16 GB of storage.

The new direction of Amazon 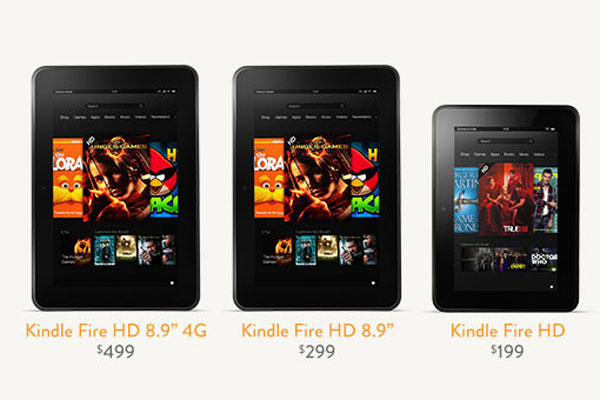 The latest announcement from Amazon, and to which they devoted less time in the presentation of Jeff Bezos, is perhaps the most important. Speaking about the most common prices for a tablet ($499), Bezos said the company was asked what they could put on a tablet at that price and the answer was: 4G connectivity.

So they created the Kindle Fire HD with a 8.9-inch screen, 32GB of internal storage and 4G connectivity via LTE, which will be sold at the “regular” price of $499. The main service, and the true commitment of Amazon, is that the company will begin offering special data plan for this product. For $49.99 per year, Amazon will deliver LTE connection to the user, with 250 Mb of monthly data usage, 200 GB of cloud storage and $10 to spend in the Amazon AppStore.

The important thing is that Amazon will begin marketing its internet access so far offered for free (although it was only available on the Kindle 3G for some models), effectively becoming an internet provider and challenging the rest of the market with a complete increasing ecosystem: sells the devices at low cost, providing them content (books, apps, music, series and movies) and now also offers internet access.

Unfortunately all the Kindle Fire services are limited to the United States, it was not unannounced any eventual release to other markets.