Oculus VR has finally moved ahead to release its much anticipated virtual reality system,Oculus Rift in a bundle that includes all necessary components to run games and two glasses the games included will be eve EVE Valkyrie and Lucky’s Tale.

At last we can reserve it! Oculus VR has made available to the public the opportunity to reserve its first virtual reality glasses Oculus Rift, a peripheral that the gamer community has waiting to see what happens when it finally comes out. But the first problem we can see will be the starting price that is, at least, prohibitively expensive for most of us, $599 is what we will have to to shell out to be one of the first to but an Oculus Rift unit. That amount of money is quite higher from the initial estimates of around $350.

So why the extra cost ?

Well you will not only receive the glasses,  and when we open the box, inside we find the following: 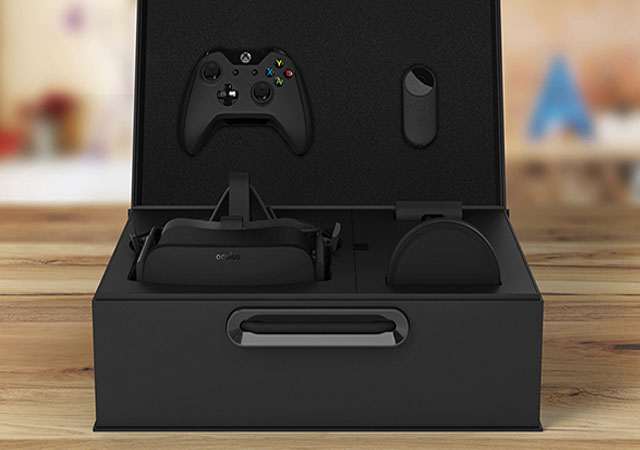 Initially it looks as though the Oculus Touch controller is unavailable just yet because problems have arisen during its development and it has been delayed. Also for the moment you can’t just purchase the glasses without the associated controls.

The minimum requirements to run virtual reality in your PC means you will need:

Microsoft will not release an Xbox One ‘slim’ just yet, waiting for PolarisGaming Zone
EVGA wants you to try out VR technology with its latest NVIDIA GeForce GTX 980 TiGaming Zone