Nvidia wants to bring Skynet to the auto world

Now back to reality for a second, at CES 2016 we’re learning that Nvidia wants to bring supercomputers to cars. The company just introduced a specially created chip to equip cars with artificial intelligence. Nvidia calls it NVIDIA Drive PX 2.

If a modern car already comes with an internal SoC to manage the large amount of integrated electronic systems (eg light sensor, rain, parking, tire pressure, etc. ), imagine the large number of sensors that have to have to turn into an autonomous vehicle and the system to manage them all. Nvidia has introduced Drive PX 2, a supercomputer designed specifically for these purposes and has power equivalent to six Geforce titan x’s. According to Siliconangle, the liquid cooled Nvidia Drive PX 2 consists of 12 CPU cores and four GPUs, packing 8 teraflops of processing power. With more than 10 times the computational power of the first-gen Drive PX, the Drive PX 2 is as powerful as six Titan X graphics cards, or the equivalent to that of 150 MacBook Pros.

Moreover, and in relation to decision making, NVIDIA has created DriveNet, a neural network that takes all the information platform and processes, for example, to differentiate a pedestrian crossing the road, a motorist who passes us on the right shoulder and generally detect all events around us, assess all possibilities and make the right decision in a matter of split seconds. In addition, several DriveNet vehicles will be able to share information so that the reactions are much faster and more efficient. Skynet maybe the brain child of Nvidia, currently only for cars thank god. 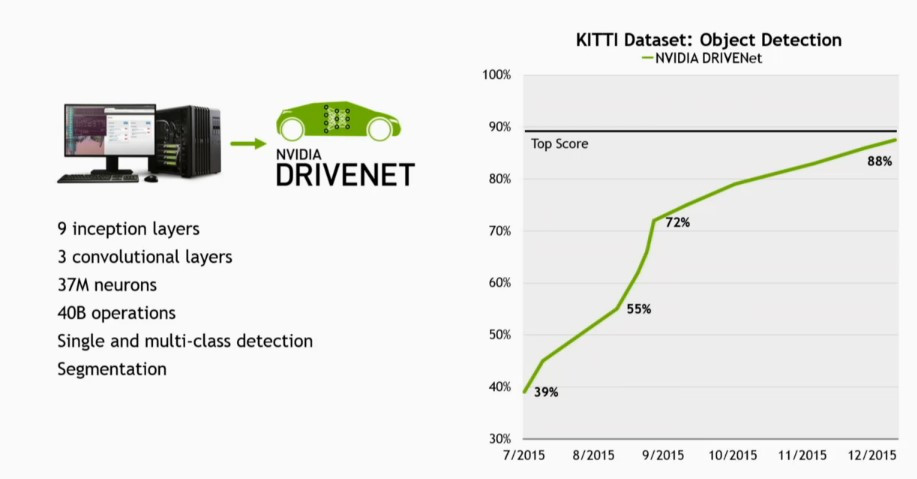 Will this be real?

It appears as though Volvo is already in the process of signing an agreement with NVIDIA to be the first to adopt both the new drive px 2 and DriveNet in a prototype vehicle that surely will make headlines when it comes out.