How to play games on a Mac, if you must that is

Funny but inevitably true, no matter how hard you try to turn your “Mac” into a gaming machine you will always fail, I guess its just not meant to be? Well there are those who say it is possible to play games on a Mac.

If you must! Here is a quick way to play games on a Mac.

Just as Linux, Mac OS X has added a lot of games specifically programmed and optimized for this Operating System. Popular game studios just aren’t that into developing multiplatform games designed for Mac’s and there is a small yet powerful movement to get that fixed.

The chances of getting games for Mac are up in the air and you will constantly have to check the Mac App Store to see what games area available, there is also a good chance you will find offers for free games and sometimes they offer some good sales.

The big gaming portals like Steam, Origin, Battle.net or even GOG.com offer gaming catalogs for Mac and in most cases allows access to the Windows version which is a landmark for platform for true gamers.

Despite the increase of many other native games they are not available for Mac. The best way to run Windows games on Mac via Boot Camp, Apple software that lets you install a Windows operating system that are based on a Mac as long as its an Intel-based  machine. You can download Boot Camp from here.

Boot Camp lets you boot into either system and in theory, it is able to offer the same performance as if you where using a native Windows machine with the same hardware.

This could be another alternative that is based on Valve for Steam machines with OS (Linux) to run Windows games. Can send live video and audio streaming from one computer to another via the local network to run your games remotely and can play Windows titles from computers with other operating systems such as, Mac OS X or Linux. 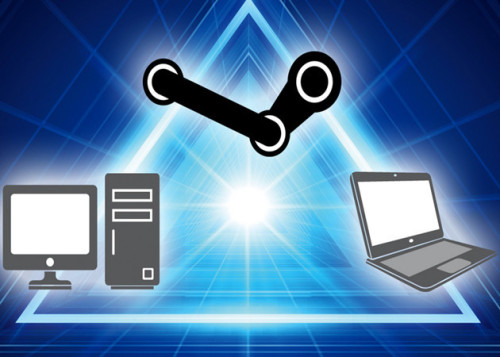 If you use the Valve platform on your Mac just remember this feature is still not 100%.

Virtual machines are often ideal for testing applications and games from other platforms although not as efficient as a native Mac game or using Boot Camp, given the hardware limitations of Apple computers. If you want to play less demanding games this option could work for you.

This application is based on an open source project based on a Unix interface that supports both Linux and Mac. It is not perfect and will not work with all games, but has a good record of that allow you to run Windows applications on your Mac. You can check it out here.

Another great classic that lets you run old DOS games and applications on multiple platforms, including Mac. You can check it out here.

Here is a list of every single Star Wars game that made it to the PCGaming Zone
New Kratos TKL keyboard, compact and has plenty of featuresGaming Zone