Apple comes up with new wireless headphones for its IPhone7

The future EarPods to be launched in parallel with the iPhone 7 and will cost between 200 and 300 dollars.

There is a reason that the next iPhone 7 will not feature the latest models of Apple headphones: according to 9to5Mac, the company is developing wireless headphones called EarPods powered via a Bluetooth system. Apple fans are in luck: the headphones will be sold alongside the iPhone 7 this fall, becoming the first device from the “marriage” between Apple – Beats. The novel EarsPods are completely wireless, and it does not count on a connector cable between the headphones (unlike the product Powerbeats Wireless).

According to sources, the EarPods will be very similar to the Motorola Bragi, but other sources suggest that they will be more like those we saw Joaquin Phoenix wearing in the futuristic movie ‘Her’. 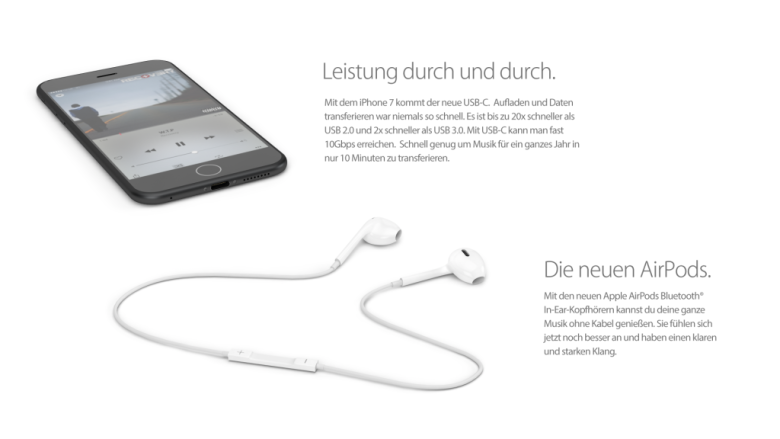 Among its features, the new headphones will have a noise cancellation system that will allow access to cleaner mobile calls or the way we use Siri. It may also include a button to allow incoming calls or a way to activate Siri, as published by 9to5Mac. Although the EarPads will be launched in parallel with the Iphone 7 they will not come in a single pack, but will be offered as a Premium alternative for $200 or $300, very close to the price of Bragi headphones. 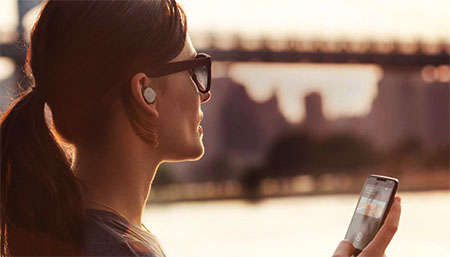 Given its characteristics, the new Apple headphones will be recharged by a mini-USB port, but can also be recharged by its own housing (which also must have been previously charged). By the known characteristics of its batteries, the device is expected to last four hours, but so far only assumptions can be made.