In a recent Antutu benchmark done by FAQs Android, we could see just how well the Samsung Galaxy S6 and the HTC One M9 handle this tough test, its also a good indication of just how powerful these smartphones really are, yet there can only be one winner.

As we’ve discussed before the HTC One M9 has some pretty impressive specs.

HTC One M9 Specs include:

This benchmark will put the test the Samsung Exynos silicon that is to say a 64-bit Exynos 7420 octa-core chip designed at 14nn with some very high clock speeds that reach  2.1GHz, the S6 also has 3GB RAM, and for its graphics engine it will use the Mali-T760 GPU.

Samsung will battle against the latest smartphone from HTC that runs on top of the line Snapdragon 810 octa-core CPU this one is alos 64-bit chip although created at 20nm, clock speeds can also reach as high as 2GHz, has same amount of 3GB of RAM, for its graphics engine the HTC One M9 uses the Adreno 430 GPU. 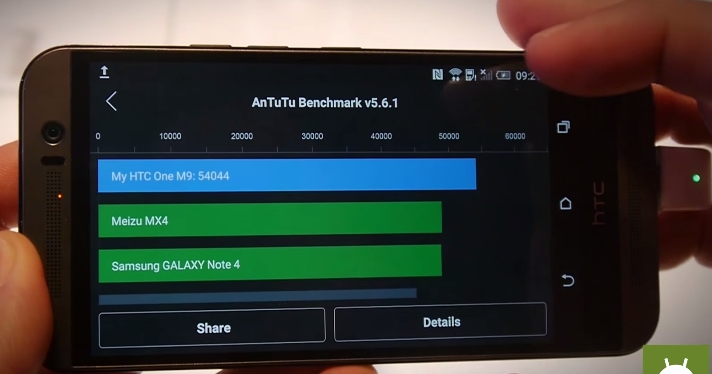 Samsung Galaxy S6 Active to get a 5.5-inch screenSamsung
How to gain ROOT access on the Alcatel OneTouch FlashAndroid, How To